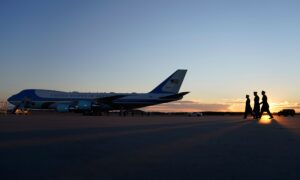 A pit bull killed a 5-day-old baby girl after apparently jumping into the child’s crib while her family was in another room, according to officials in Florida.

The Citrus County Chronicle reported that a family reported the dog attack on Nov. 11.

A Citrus County Sheriff’s Office representative told the news outlet that investigators ruled the death as accidental. They’re not expected to file criminal charges against the family.

Officials are waiting for the medical examiner’s office to determine the official cause of death, sheriff’s spokeswoman Lindsay Blair told the paper.

The family said the pit bull jumped on a bed located next to the bassinet where the child was located, according to Bay News 9. A family member was in the other room.

The family realized what happened, and the grandfather performed CPR on the child, Fox News reported. Help was then called, the report said.

Sheriff released a photo of the fatally attacking pit bull in Citrus County, FL (wish they were all this easy!) https://t.co/KFY2wX7YQD pic.twitter.com/rOMCgQ17M7

The child, who was not identified, was airlifted to a nearby hospital and pronounced 90 minutes later, Bay News 9 reported.

The attack took place outside of Dunnellon, reports said. Citrus County is located in western Florida.

Other details were not revealed in the case.

“In the 13-year period of January 1, 2005 to December 31, 2017, canines killed at least 433 Americans. Pit bulls contributed to 66 percent of these deaths. Rottweilers, the second leading canine killer, inflicted 10 percent of attacks that resulted in human death. Combined, two dog breeds accounted for 76 percent of the total recorded deaths,” says Dogsbite.org.

Meanwhile, the state of Maryland determined that pit bulls are “inherently dangerous” and owners are liable for injuries that they might cause, the Baltimore Sun reported.

The U.S. Army also acknowledged that pit bulls are high-risk dogs, and the animals are prohibited in some military housing areas.