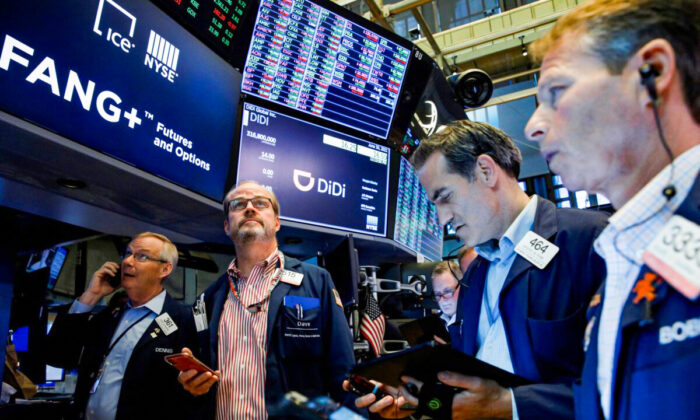 Five Chinese companies have been included in a provisional list of 270 companies by the U.S. Securities and Exchange Commission (SEC) to be delisted from U.S. stock markets.

If these companies fail to submit detailed audit documents supporting their financial statements within the required time frame, they will be forced out from American exchanges by the SEC.

The news has caused popular Chinese tech stocks to plunge.

The SEC pointed out that these companies have not been adhering to the Holding Foreign Companies Accountability Act (HFCAA). According to the law, the SEC has the power to delist companies from the New York Stock Exchange and Nasdaq exchange if they fail to allow U.S. watchdogs such as the Public Company Accounting Oversight Board (PCAOB) to inspect their financial audits for three years.

These companies still have until March 29 to submit the required documents to the SEC to avoid being delisted from the New York Stock Exchange or Nasdaq.

However, China’s communist regime has forbidden Chinese companies and auditors from complying with such requests from foreign regulators.

China Securities Regulatory Commission responded on March 10 that it “opposes the politicization of securities regulation by some forces”, but added that it had been communicating with the SEC for an agreement over foreign access to Chinese companies’ documents.

The SEC’s move triggered the selling off of the Chinese companies’ stocks in the United States and Hong Kong. BeiGene, which is the largest of the five companies with a market value of $22 billion, fell 12 percent on March 10. Yum China, which operates KFC and Pizza Hut in China, with a market value of $21 billion dropped 15 percent. ACM Research plummeted 27 percent, HutchMed fell 8 percent, and Zai Lab was down 19 percent.

Other Chinese big tech stocks also fell because investors are concerned that more Chinese companies might be added to the U.S. regulator’s list. For example, Alibaba’s U.S.-listed stock went down 7.9 percent on the same day.