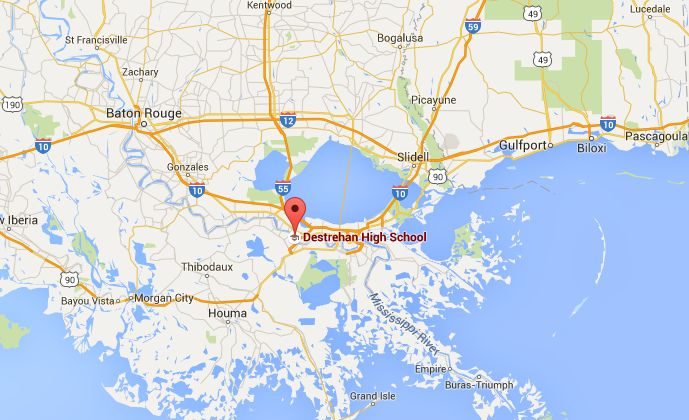 Officials said Friday that 26-year-old Kimberly Naquin, a fourth-year instructor in Advanced Placement human geography and world geography, was booked on Thursday night with “carnal knowledge of a juvenile and prohibited sexual conduct between a teacher and student,” said NOLA.com.

The sheriff’s office started investigating the case on Jan. 13 after allegations of a teacher and a student having a sexual relationship. The allegations came from a family member of the student, WWL-TV reported.

“The school system is fully cooperating with the Sheriff’s Office,” read a statement from Stevie Crovetto, who is the head of public information at St. Charles Parish Public Schools. “The teacher has been suspended without pay in accordance with district policy and procedures pending the outcome of an investigation. This is a personnel issue; therefore, no other information will be released at this time.”

Naquin is now being held on $75,000 bond at Nelson Coleman Corrections facility.

In 2014, two other teachers at the high school, Shelley Dufresne and Rachel Respess, were arrested on similar charges.