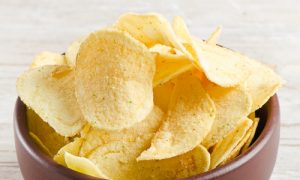 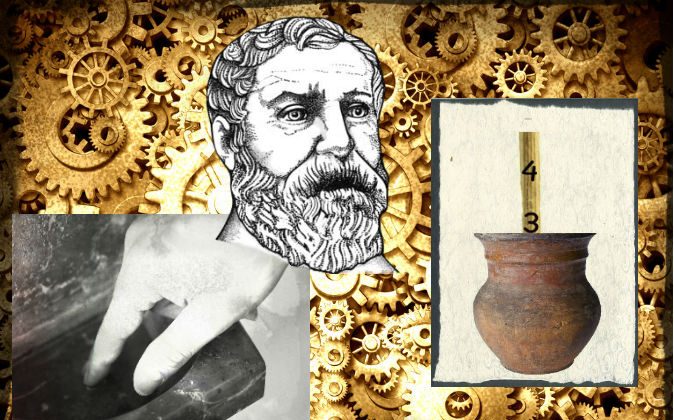 3 Crazy Ancient Inventions: You’ll Be Surprised What the First Vending Machine Gave Out

The first vending machine, invented in the 1st century A.D. by Heron (a.k.a. Hero of Alexandria), worked sort of like flushing a toilet.

When you flush, you press a lever that’s connected to a beam inside the tank, thus lifting the opposite side of the beam. The side that is lifted is attached to a chain, which has a plug at the bottom of it. When the bar lifts, the plug is pulled out of the hole at the bottom of the tank and the water leaves the tank to funnel into the bowl.

In Heron’s vending machine, a coin was dropped into a slot and it hit one end of a beam—acting like the lever pressed to flush the toilet. The vessel was filled with holy water, however, instead of water to fill a toilet bowl. The beam would raise, lifting the plug out of a hole at the receiving end of the dispenser, and the customer would get a pre-determined measure of holy water.

John Humphrey, a professor of Greek and Roman studies at the University of Calgary who has studied ancient technology, told Smithosinian Magazine the reason such a device was needed to regulate holy water dispensing: “People were taking more Holy Water than they were paying for.”

Another invention from the creative mind of Heron was the self-moving stand used in ancient theater. It could carry puppets across the stage, for example. Heron was fascinated by automata (self-operating machines). He created others that could make doors open and close by themselves, for example, or make mechanical figures perform various actions.

Part of his self-moving stand worked like an hourglass. An upper compartment was filled with sand, which trickled down to a lower compartment. In the top compartment, a heavy weight, like a dense brick, rested atop the sand. As the sand left the compartment, the brick sank lower. Ropes tied to the brick were connected through gears and pulleys to wheels on the bottom of the stand.

You can see a replica of the device constructed by Smith College students in Massachussets on the college website.

Both parties (two armies at some distance, for example), would each have a clay jar of identical size with a hole in the bottom of each jar, also of identical size. The holes were plugged and the jars filled with water.

Inside, a flat plate floated atop the water and a rod with numbers on it like a ruler would stick up from that plate.

One signal man would flash a torch at the other. This was the sign to release the plug. Both parties simultaneously pulled the plugs on their respective jars when the torch was flashed, allowing the water to start pouring out at the same time. As the water poured out the hole, the plate would sink along with the numbered rod.

The side sending the signal would flash the torch again, and at that precise moment both sides would stick the plug back into the hole. Both jars would have the same amount of water in them, thus leaving the same number on the rod at the rim of the jar.

Each number would have a pre-determined meaning, such as “reinforcements are here,” or “strike at dawn.”

*Images of holy water and cogs via Shutterstock