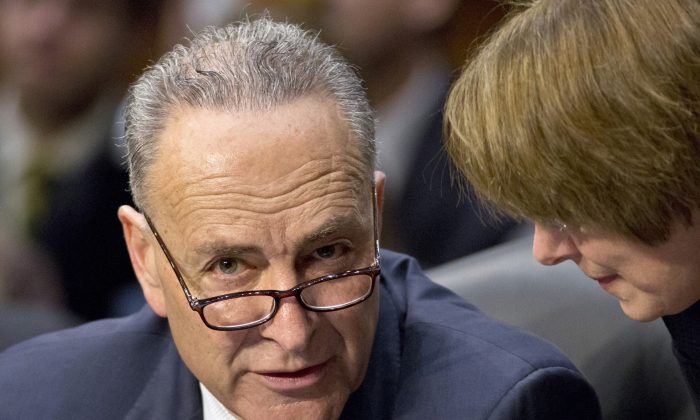 Thirteen street safety projects are getting federal funding, including street redesigns in Brooklyn, improvements near schools in Manhattan, Queens, and Staten Island, and an extension of the Brooklyn Waterfront Greenway.

Schumer said in a press release that the grant was great news for the city’s Vision Zero initiative, “which will use federal TIGER funds to help make the City’s bustling streets safer for children, bikers, and commuters.”

“This investment will save lives. It means better-designed streets and targeted initiatives that will help us change behaviors like speeding and failure to yield to pedestrians,” Mayor Bill de Blasio said in a press release.

Individual precincts pursue different initiatives, and enforcement has varied citywide. Overall, ticketing has increased in the majority of the city’s precincts, but the amount varies widely, according to a Transportation Alternatives’ analysis.

Taxi and limousine drivers are being subjected to stricter training programs and penalties for crashes. Cyclists have also been ticketed more for not following the traffic laws, during a recent two-week police initiative.

Street redesigns have been statistically proven to reduce the number of incidents and several have begun citywide since the beginning of the year, including lowering the speed limits in areas with the highest fatalities.

Come November, the citywide speed limit will be lowered to 25 mph.