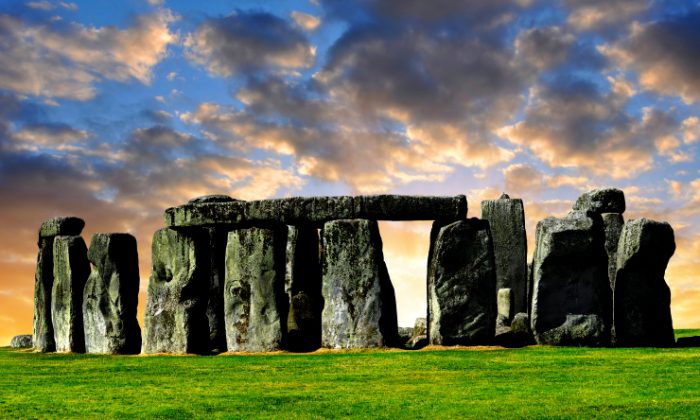 A groundbreaking new survey of Stonehenge and its surrounds has revealed fifteen previously unknown Neolithic monuments underground, according to a new report released by the Smithsonian Institute. The results show that there is a lot more to Stonehenge than meets the eye.

It has long been known that Stonehenge was not just an isolated monument in an unspoilt landscape, but was part of a much bigger complex.  This is evidenced by the scattering of mounds, ditches, burials, and other significant monuments, such as Woodhenge, Coneybury, the Cursus monument, and Amesbury Long Barrow, all within a short distance of the famous stone circle. Now a new research project using magnetic sensors to scan landmarks in Wiltshire have found even more evidence of human activity, which have lain hidden underground for thousands of years.

The Stonehenge Hidden Landscaped Project is a four-year collaboration with the Ludwig Boltzmann Institute for Archaeological Prospection and Virtual Archaeology in Austria. The team has conducted the first detailed underground survey of the area surrounding Stonehenge, covering around four square miles (six kilometres). What they discovered was startling.

Using the latest in high-tech equipment, the team of experts detected evidence of ancient digging and buildings, including other henges, barrows, pits, and ditches, which are believed to harbour valuable information about the prehistoric site.

“This is among the most important landscapes, and probably the most studied landscape, in the world,” archaeologist Vince Gaffney of the University of Birmingham told the Smithsonian Magazine. “And the area has been absolutely transformed by this survey. It won’t be the same again.”

One of the findings was the identification of a large gap in the Cursus monument, which is a 3 kilometre long and 100 metre wide ditch and earthworks in the near vicinity of Stonehenge. Dating back to around 3,500 BC, the Cursus barrier is roughly aligned east-west and is orientated toward the sunrise on the spring and autumn equinoxes. The discovery of a large break in the monument, suggests an area used by people to enter and exit the monument. While scientists are still unsure of the true purposes of the Stonehenge Cursus, Professor Gaffney believes it acted as a gateway for worshipers as well as a marker for the passage of the sun.

Another significant discovery was two pits at either end of the Cursus strip, located around 1 metre underground and measuring 4.5 metres in diameter. Professor Gaffney told Smithsonian that on the longest day of the year, the pits form a triangle with Stonehenge, marking sunrise and sunset. Gaffney speculates that the pits may have been used for ritual fires or as markers of some kind. Since the pits have only been identified using scanning technology, it is hoped that they will eventually be excavated, which will provide further clues as to their use and purpose.

Previous studies of the Stonehenge environs have revealed that the landscape has been inhabited for some 10,000 years, meaning either the area was of considerable significance for thousands of years before Stonehenge and other monuments in the region were built, or Stonehenge is much older that currently believed.

Humans have marvelled at the majesty of Stonehenge for thousands of years, and archeologists, geologists, and astronomers have been studying it for decades, but the original purpose of the enigmatic stone circle has remained a mystery. It is known that the area was used for burials, that the stones are aligned in astronomically important ways, and that people travelled great distances to be there, but no one knows with certainty why.

As Ed Caesar from Smithsonian writes:

Those vast stones, standing in concentric rings in the middle of a basin on Salisbury Plain, carefully placed by who-knows-who thousands of years ago, must mean something. But nobody can tell us what. Not exactly. The clues that remain will always prove insufficient to our curiosity. Each archaeological advance yields more questions, and more theories to be tested. Our ignorance shrinks by fractions. What we know is always dwarfed by what we can never know.

However, as this latest research project has shown, Stonehenge has not yet given up all its secrets, and the development of technology in the field of archaeology may one day help to finally solve the mystery.