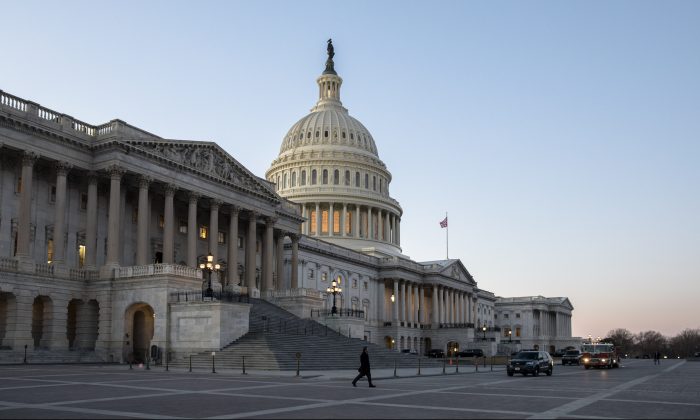 12 Questions on Economic Issues for the Next Congress

We are now experiencing an economic crisis that could get worse. Financials are in bear markets. Inflation is roaring. The recession could soon become official.

Many voters are looking to their elected representatives to address the problem. What follows are questions that I would like to pose to any and all candidates for office concerning their views on essential issues related to the economic well-being of Americans. I was prompted to put them together by a primary debate for a U.S. Congressional race in Tennessee at which I was a questioner.

1. Every poll shows economic concerns rank very high among the public concerns right now. Congress has some but not all authority over policies that affect people’s lives in this respect. Let’s first address the issue of spending over which Congress has primary control.

Before pandemic lockdowns, federal spending stood at $5 trillion per annum (five times as high as when Ronald Reagan said the budget was out of control and needed to be slashed). This soared over six months by 82 percent to $9.1 trillion. The total pulled back a bit to $6 trillion before soaring under Biden to $8 trillion. It seems to have settled back to $5.8 trillion but Congress is now being pushed more spending.

In the course of two and a half years, the federal debt skyrocketed from $23 trillion to $30.5 trillion, or 32.6 percent in a mere 28 months. The national debt now stands at 125 percent of GDP.

All of this spending was approved by Congress.

2. Inflation ranks very high among concerns of voters today. The Biden administration has attempted to blame Putin, oil companies, meat packers, and of course the broken supply chains for the problem. He has suggested prosecuting companies for raising prices too highly too quickly. But many economists are pointing to deeper structural problems.

What in your mind bears primary responsibility for the dramatic fall in the purchasing power of the dollar? What if anything can Congress do about it?

3. I would like to address the sufferings of small businesses today. Most estimates are that one third or more of small businesses closed during the lockdowns and have not come back. Large businesses, particular tech companies, thrived as never before. Small business optimism is at a 48-year low. Is it possible to construct policies that seek some kind of redress? What kinds of things can Congress do to make life easier for small businesses?

4. History bears witness to how both parties were initially supportive of lockdowns that shut business, schools, churches, playgrounds, and divided workers into essential and nonessential. There has since been a strange silence among Republicans about this event. Do you believe that the Republicans in Congress at the time should admit responsibility for this panicked reaction? Are there conditions that you think would warrant governments stepping in to shut businesses and other institutions in the future?

5. The United States today faces myriad trade conflicts in the world today both concerning imports and exports, as well as outsourcing and foreign investment in the U.S. The U.S. Constitution clearly gives the trade power to Congress, in Article I, Section 8: “Congress shall have Power To lay and collect Taxes, Duties, Imposts and Excises.” Today, the power over trade has been given to the U.S. president. Do you believe that Congress should take it back and what effect do you believe that would have on U.S. international relations in the economic realm?

6. The Supreme Court in the case of EPA vs. West Virginia sought to curb the power of the administrative state, not just the EPA but the full range of agencies that regulate and effectively make law without legislation. We all know that President Trump sought to curb the role of the administrative state but with limited success. How can Congress go about taking back the power to make policy from the agencies? If agencies need to be cut or abolished, which would you name as part of that list?

7. Related to the previous question, the problem of the concentration of power in the U.S. economy has presented itself in many forms over the last years, including the role of Big Pharma at the Food and Drug Administration, Big Tech in Department of Homeland Security surveillance, and Big Media at the Federal Communications Commision. It appears to many that these agencies have been captured by the largest players in industry. Do you have opinions on this topic and what Congress can do?

8. This question concerns American energy needs. Treasury Secretary Janet Yellen told the Senate that the United States needs to transition from oil and coal and instead use the “wind and sun” for energy needs. Right now, her preferred sources account for perhaps 10 percent of U.S. energy production, and even achieving that has required vast government subsidies. What is your view on choice in energy, including nuclear, and how U.S. energy policy should proceed?

9. Are there any conditions under which you would support tax increases of any form?

10. What is your plan to reduce the size and scope of government, if that is what you desire? What do you hope a new Republican-controlled Congress can achieve, not just in this term but the next too?

11. Many economists have suggested that the Fed is not doing the job it was founded to do. Under Article I, Section 10, of the U.S. Constitution, the authority to oversee money was clearly given to Congress, specifying that no state can “make any Thing but gold and silver Coin a Tender in Payment of Debt.” Should Congress curb the power of the Fed and take back its role in managing monetary affairs?