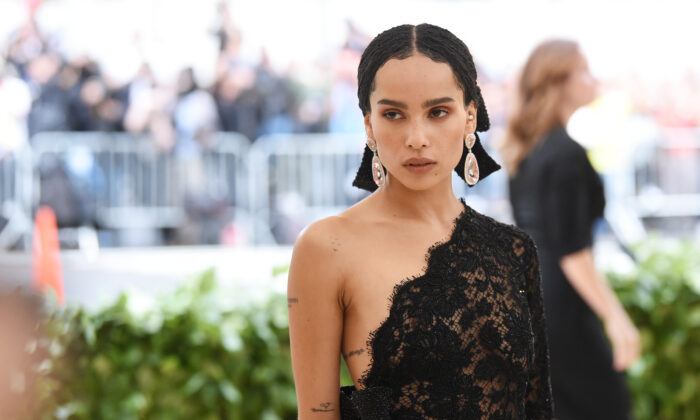 Zoë Kravitz Cast as Catwoman Alongside Robert Pattinson in ‘The Batman’

Zoë Kravitz is set to return to the big screen again after joining the cast of the upcoming Batman reboot.

The stunning actress, 30, will star as the infamous Catwoman in the new movie, directed by Matt Reeves, Variety reported.

According to the publication, Kravitz secured the role in recent weeks after fending off the likes of the talented Zazie Beetz, Eiza González, and Oscar-winner Alicia Vikander.

Catwoman, aka Selina Kyle, is known for her love-hate relationship with Batman and has become a central character in the hit DC comics.

The iconic vixen has previously been played by some of Hollywood’s most famous actresses, including Michelle Pfeiffer, Halle Berry, and Anne Hathaway.

Kravitz—who recently starred as Bonnie Carlson in the hit HBO series “Big Little Lies”—is set to work opposite Robert Pattinson in the new film, who will be playing the central character of Batman/Bruce Wayne.

Pattinson confirmed his role back in May after much speculation from fans and admitted it was a dream come true.

Speaking to Esquire, he said: “It’s kind of insane. I was so far away from ever thinking it was a realistic prospect. I literally do not understand how I’ve got it, at all.”

Although Kravitz’s role is yet to be confirmed, director Reeves appeared to hint that the news may well be true when he took to Twitter to post a gif of her talking into a phone saying, “Hello?”

The actress—who is the daughter of musician Lenny Kravitz—is best known for her roles as Christina in the “Divergent” film series, Angel Salvadore in “X-Men: First Class” and as Leta Lestrange in “Fantastic Beasts: The Crimes of Grindelwald.”

She is also no stranger to the world of Batman, having voiced the role of Catwoman in the 2017 “Lego Batman Movie.”

According to The Hollywood Reporter, Kravitz is also set to star in the small-screen version of “High Fidelity,” which is being made for Hulu.

Pre-production on the Warner Bros/DC Comics movie is expected to start this summer but an official start date is yet to be released.

However, insiders told Variety that filming could potentially start in late 2019 or early 2020.

Back in January, Reeves revealed what viewers can expect from the new upcoming film in an interview with The Hollywood Reporter.

The “Planet Of The Apes” director said: “It’s very much a point-of-view-driven, noir Batman tale. It’s told very squarely on his shoulders, and I hope it’s going to be a story that will be thrilling but also emotional.

“It’s more Batman in his detective mode than we’ve seen in the films. The comics have a history of that. He’s supposed to be the world’s greatest detective, and that’s not necessarily been a part of what the movies have been.”