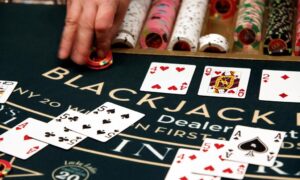 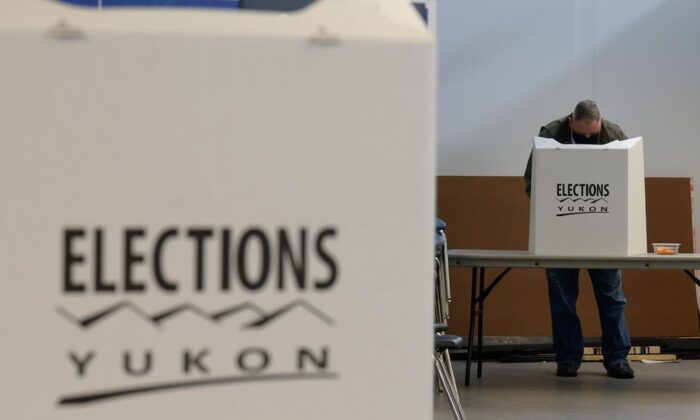 A voter is shown at a Whitehorse polling station during the Yukon election on April 12, 2021. An official count has confirmed a tie in the Yukon election, pushing the process to the next step of a judicial recount. (Mark Kelly/The Canadian Press)
Canada

WHITEHORSE—Members of the Yukon Liberals will be sworn in today as the party aims to form a minority government.

The election finished with the incumbent Liberals and the Yukon Party tied at eight seats, with the New Democrats winning three.

Winning candidates from the New Democrats and Yukon Party have already been sworn in.

Yukon Party Leader Currie Dixon says a lack of communication from Liberal Leader Sandy Silver leads him to conclude the Liberals are trying to form a government with support from the NDP.

The Liberals could not be reached for comment on Thursday, while the New Democrats said they have spoken to both of the other main parties.

“We are having conversations with both the Yukon Party and the Liberals,” said Francois Picard, the chief of staff for the NDP caucus. “We don’t plan on negotiating through the media so out of respect for all parties, we’ll continue those conversations and won’t speculate on their outcome,”

Dixon said he expects the Liberals to try and form a government with the backing of the NDP.

“The fact the Liberals haven’t even bothered to reach out to us indicates their clear preference is to form a left−wing coalition,” he added.

Dixon acknowledged the Liberals get the first attempt to form a government, but he questioned the delay in announcing their plans.

“My message to (Silver) today and the Liberal party today get on with it because Yukoners are looking for government and leadership,” he said in an interview.

The loss in seats for the Liberals claimed one high−profile politician as the territory’s health minister was defeated by her NDP opponent in the small riding of Vuntut Gwichin after a recount ended in a tie. The winner was chosen by a drawing of lots.

Speaking before the judicial recount, Silver said its outcome would not change the fact that his party was in a minority government situation.

“Pending the outcome of discussions with other party leaders, it is my intention to swear in a cabinet shortly and to test the confidence of the house with a speech from the throne and one or more budget bills.”

The Liberals stormed to a surprise majority election win in 2016, bringing an end to 14 years of Yukon Party rule.