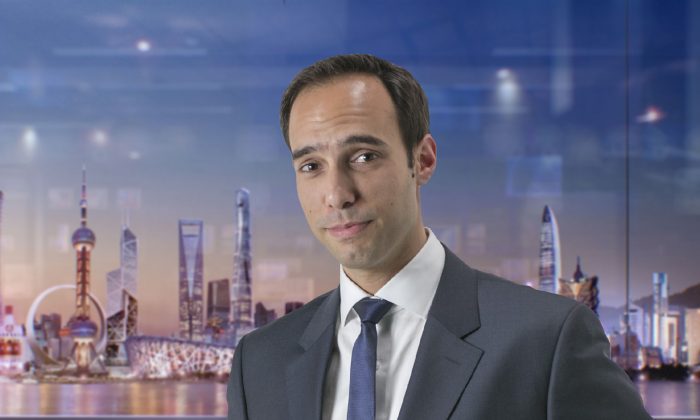 Update: A previous version of this article suggested that Youtube scrubbed the channel China Uncensored from search suggestions, while it appears the name of the channel inadvertently triggers Youtube filtering of adult content.

The most popular Youtube channel focused on Chinese politics is missing from its search suggestions just as YouTube’s parent company, Google, faces scrutiny for allegedly developing a censored web search app for the Chinese market.

While typing into the YouTube search bar, the website provides a drop-down list of suggested search queries, which appears to consist of popular searches, videos, and channels.

But typing in “China Uncensored” yields no suggestions, despite the fact that a channel of exactly that name has been active on YouTube for six years and currently has 600,000 subscribers. The Epoch Times couldn’t find any other channel focusing on Chinese politics with a larger subscriber base.

It appears, though, that this is not because of Youtube’s targeting of the channel, but because Youtube associates the word “uncensored” with search queries of adult content.

China Uncensored, hosted by Chris Chappell, adopts a late night show format and mixes humor with serious analysis of Chinese politics and society. It also regularly picks apart the repression of Chinese people by the ruling communist regime, including topics deemed “sensitive,” such as its persecution of rights activists, Falun Gong practitioners, and house Christians.

“We report on Chinese censorship all the time. I mean, that’s literally in our name—China Uncensored,” Chappell said in a statement to The Epoch Times. “We’ve also reported on Google’s behavior in China. Now I’m not saying Google is intentionally censoring our YouTube channel in their search results. But if they are, well, I guess it means we’re doing something right.”

Chappell and his production team also run the YouTube channel China Unscripted. Despite only sporting some 5,300 subscribers, that channel shows up as the No. 3 suggestion when one types “China un” into the YouTube search bar.

Another channel run by the same team, America Uncovered, has just over 44,000 subscribers and shows up as the no. 1 suggestions when one types “America u” into the search bar.

Typing the world “uncensored” alone in the search bar yields no suggestions.

Many of China Uncensored’s videos have been demonetized by YouTube, meaning their videos are devoid of ads because YouTube evaluated them as “unfriendly” for advertisers.

Many other channels have suffered demonetization too. Political commentator and media analyst Mark Dice has been complaining about YouTube’s demonetization of his videos for years.

Google, which owns YouTube, has recently been accused of trying to cater to the Chinese regime by developing a mobile web search app that monitors users and censors topics sensitive to the regime, like democracy, human rights, and peaceful protest.

The Intercept broke the story on Sept. 14 using unnamed sources who described the app development as a secret project named Dragonfly. After the news spread, some 1,400 Google employees sent a letter to the company’s leadership, saying Dragonfly broke the company’s ethics rules for artificial intelligence development. They demanded more transparency and oversight.

Google researcher Jack Poulson quit over ethical concerns with the project. In a Sept. 24 letter, he said he could verify that the app included an extensive censorship blacklist that included terms like “human rights”, the Mandarin terms for “student protest,” “Nobel prize,” and a “very large numbers of phrases” involving the name of Chinese leader Xi Jinping and other members of the Chinese Communist Party.

Poulson said he first learned about the project from media reports but said details about Dragonfly “were discussed extensively on internal mailing lists” at the company.

Google Chief Privacy Officer Keith Enright confirmed Dragonfly’s existence during his Congress testimony on Sept. 26, but denied knowledge of what the project entailed. He said Google was not close to launching a web search product in China.

The Chinese Communist Party runs the world’s most sophisticated system of internet censorship and requires foreign companies to comply with the censorship as a condition of working in China. Companies must also share with the regime any data they store in China.

Google ran a censored version of its search engine in China from 2006 to 2010, when the company backed out. Its stated reason for leaving was a cyber attack originating from China that targeted the Google email accounts of dozens of Chinese human-rights activists. On the business side, however, Google had struggled to make inroads in a Chinese market skewed in favor of domestic companies backed by the regime.

China has been lambasted for decades by watchdogs for its abysmal human rights record. Since taking power in 1949, the Chinese Communist Party has caused the unnatural deaths of an estimated 80 million Chinese. Over the past nearly two decades, it’s estimated to have killed hundreds of thousands of prisoners of conscience, mostly practitioners of the Falun Gong spiritual discipline, to sell their organs for transplants, according to an extensive body of research produced since allegations of the crime first surfaced in 2006.

Google responded to a request for comment, but didn’t provide one.

China Uncensored is broadcasted on NTD, a media partner of The Epoch Times.