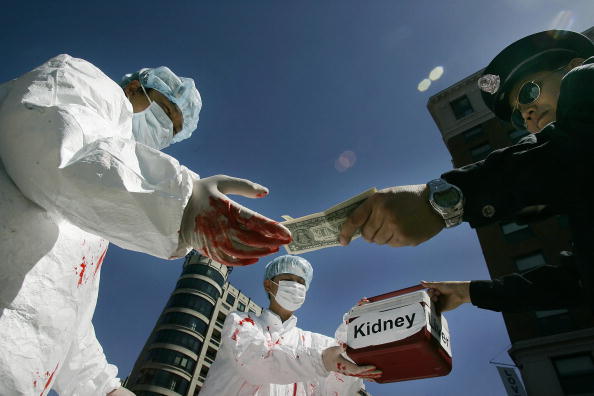 China’s Claims of Organ Reform Are Rebutted by New Research

China says that since 2015, it has transitioned its organ transplantation system from using prisoners’ organs to relying solely on those from citizen volunteers who die from natural causes—like in developed countries. These claims have largely been accepted by international medical organizations like the World Health Organization and The Transplantation Society.

But experts on China’s system of organ harvesting—the forced removal of organs from unwilling donors—say that this reform is a smokescreen.

The China Organ Harvest Research Center, a nongovernmental organization based in New York state, says in a new 342-page report that prisoners of conscience continue to have their organs harvested.

One indication the researchers present, suggesting that a large volume of transplants are occurring—which cannot be accounted for by voluntary donors—is from a South Korean television documentary aired in November 2017. Using secret cameras, the undercover journalists record a nurse saying that the day before they arrived, the international transplant department had performed three liver and four kidney transplants (which would suggest a transplant volume of over 2,000 per year). Waiting times for patients were said to be only days or weeks.

The center also points to a battery of phone calls made to hospitals from July 2016 to June 2017, during which hospital staff claimed to have organs for transplant—again indicating a widespread availability of organs that would be impossible in a purely voluntary donation system.

Arthur Caplan, a professor of bioethics at New York University’s School of Medicine, wrote in the foreword to the report, “China, as this outstanding, thorough, and well-documented report shows, continues to permit abuses of human rights and the minimal ethical treatment of its citizens in permitting killing in order to obtain organs for transplant.”

Caplan continued: “The report must be attended to by both the transplant community and governments all over the world. They must make it clear that a ‘killing for parts’ policy will result in China’s being excluded from full participation in transplantation, medical research, and medical meetings, no matter the prowess displayed by Chinese transplant medicine.”

The Transplantation Society does not appear inclined to follow this latest admonition, however. At its recent biennial meeting, the outgoing president of the organization, Dr. Nancy Ascher, cut off a question directed at a Chinese official from Dr. Li Huige, one of the co-authors of the recent report, and proactively defended China’s claims of transplant reform.

David Matas, a Canadian human rights lawyer and pioneer in the research of organ transplant abuse in China, said: “The new report disappointed me because it confirmed what I have seen—that China hasn’t changed. It increased [its] coverup.”

He echoed the sentiments of Caplan about what should be the appropriate response. “We should ostracize until they are fully transparent and willing to cooperate with outside investigation. Among those in the transplant profession: Don’t collaborate with Chinese doctors,” Matas said.

David Li, another co-author of the report, wrote in an email that one of the key takeaways was that “academic/medical institutions and companies (including pharmaceutical companies and equipment manufacturers) should reconsider collaboration and business transactions with Chinese transplant entities, given the evidence of continued, widespread abuses throughout the Chinese transplant system.”

Another recent report, from the World Organization to Investigate the Persecution of Falun Gong (WOIPFG), refuted statements made by Huang Jiefu, China’s spokesperson on transplant issues, at a May 2018 World Health Assembly meeting in Geneva. WOIPFG is a nongovernmental network of researchers who have studied human rights abuses against practitioners of the Falun Gong spiritual discipline in China over the past 19 years.

WOIPFG noted that Huang himself is “suspected to be one of the principal perpetrators in the genocidal crime of the CCP’s live organ harvesting of Falun Gong practitioners.” Given that, he is personally a “criminal suspect to be investigated,” not a trustworthy broker worthy of the confidences of international medical officials.