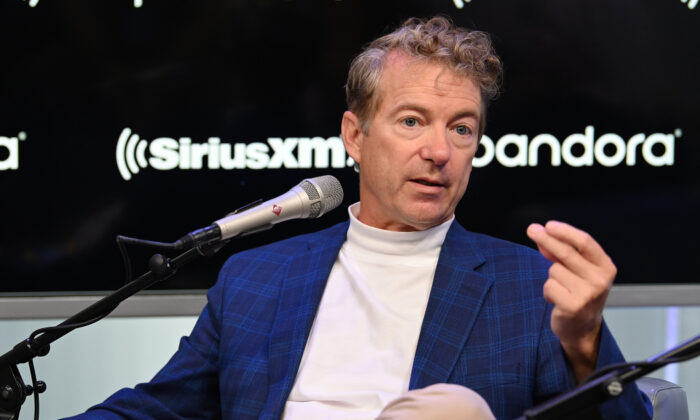 YouTube confirmed it removed a video of Sen. Rand Paul (R-Ky.) speaking on the Senate floor and mentioning the alleged impeachment whistleblower’s name.

Paul said the move was tantamount to censorship.

“A chilling and disturbing day in America when giant web companies such as YouTube decide to censor speech,” Paul wrote on Twitter. “Protected speech, such as that of a senator on the Sen floor, can be blocked from getting to the people. This is dangerous [and] politically biased.”

Ivy Choi, a spokesperson for the Google-owned video-sharing platform, denied that it is censoring Paul, explaining why it chose to blacklist the clip. The firm removed thousands of videos that contained the alleged whistleblower’s name.

“Videos, comments, and other forms of content that mention the leaked whistleblower’s name violate YouTube’s Community Guidelines and will be removed from YouTube,” Choi said to news outlets. “We’ve removed hundreds of videos and over ten thousand comments that contained the name. Video uploaders have the option to edit their videos to exclude the name and reupload.”

But Paul, in a lengthier statement, added that he doesn’t know the identity of the whistleblower and didn’t “accuse anyone of being a whistleblower.”

He remarked, “Apparently, YouTube has taken it upon itself to decide what questions can even be asked in the public debate, including on the Senate floor.”

During President Donald Trump’s impeachment inquiry and trial, some congressional Republicans had pushed to compel testimony from the whistleblower, former Vice President Joe Biden, and son Hunter Biden. They claimed that Rep. Adam Schiff’s (D-Calif.) staffers had contact with the anonymous CIA officer before they submitted their complaint to the intelligence community inspector general’s office.

Democrats, however, have said that the whistleblower’s testimony is not needed because other witnesses had come forward to testify. And at the time, Sen. Chuck Grassley (R-Iowa), said in November that it’s important for laws on whistleblowers to be followed.

“All I want to do is make sure the law is followed,” Grassley told reporters, according to The Hill. “A person like me that has advocated for whistleblowers for a long period of time, including this whistleblower, I want maximum protection for whistleblowers.”

But Schiff, during the trial, said that he doesn’t know the identity of the whistleblower and said his staff had not coached the person, as had been alleged. “I am very protective of my staff as I know you are,” Schiff, chairman of the House Intelligence Committee, said at the time. “The whistleblower did exactly what they should,” he added.

The grappling over whether to call the whistleblower as a witness escalated after Schiff told CBS News in October that he should have been more clear about his staff’s contact with the whistleblower. His office had confirmed earlier that month that the whistleblower approached House Intelligence Committee staff before the complaint was filed, effectively giving Democrats in the House advance warning of the accusations.