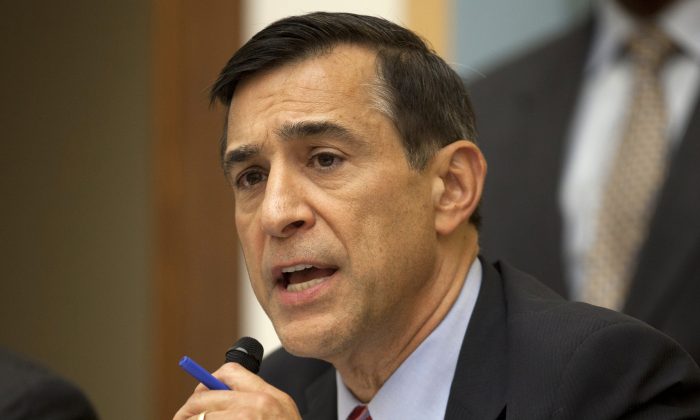 YouTube confirmed it acted incorrectly when it removed a video of a speech by Rep. Darrell Issa (R-Calif.) when he disparaged Russia’s Sputnik V vaccine rollout.

“We sometimes make mistakes, and when flagged we work as quickly as possible to address it,” YouTube said in a statement to the Washington Times on Wednesday. The Epoch Times has contacted the Google-owned company for comment.

YouTube did not elaborate on why the video of Issa was removed. The California lawmaker’s speech was given at the EDGE 2021 conference in July.

“In my now-censored speech, I pointed out that Russia’s vaccine program was inferior to Operation Warp Speed,” said Issa on Twitter, referring to the Trump administration’s program to assist in the development and rollout of COVID-19 vaccines in the United States.

Issa asserted that Moscow “repeatedly exaggerated their vaccine’s effectiveness every time another country launched a better one. Is any free speech on vaccines allowed?”

“The speech was about data and was a very nonpartisan speech. … I used the analogy that just like the original Sputnik, when the Russians were first and we were better, they came out with their vaccine first but ours was better,” Issa told Fox News earlier this week about the speech, noting that media outlets have repeatedly reported that the U.S. vaccine program was superior to Russia’s program.

Referring to his speech, Issa alleged that YouTube is “sort of calling me a vaccine-denier when I’m talking about our product being better than a product from a country that didn’t have third-party review is a pretty amazing level of scrutiny.”

“I think it shows just how much they’re making decisions based on who says something, not what they say,” he argued, according to Fox.

YouTube, like other Big Tech platforms, uses a combination of algorithms, programs, artificial intelligence, and humans to enforce rules around content. Conservatives have long accused YouTube of having a partisan slant, although the San Bruno, California-based company has repeatedly said its systems are designed to prevent bias.

“We have policies and systems in place to ensure that the engagement on YouTube is authentic, and remove any fraudulent metrics,” a YouTube spokesperson told The Epoch Times via email in April 2021.

On Wednesday, YouTube announced that it would hide the “dislike” counts on videos, spurring more accusations of censorship.

“We also heard directly from smaller creators and those just getting started that they are unfairly targeted by this behavior—and our experiment confirmed that this does occur at a higher proportion on smaller channels,” YouTube said in a blog post about the change.