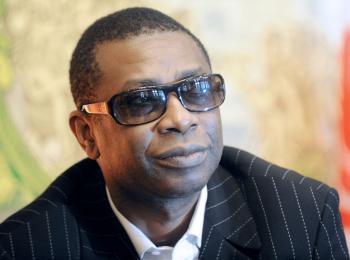 Youssou N’Dour Gets Political in Senegal

Youssou N’Dour, one of Africa’s most iconic musicians, has entered the political sphere in his homeland of Senegal.

Once on good terms with the Senegalese president, Abdoulaye Wade, the Guardian reports N’Dour as saying: "I get the feeling the president hears only in mono these days, not in stereo. He used to be accessible. He has removed those who told him the truth."

This comes amid wider criticism of the president for growing nepotism, corruption, and civil liberties abuses. In particular, after his son, Karim, was defeated in his run for mayor of Dakar, as part of extensive local election victories by the opposition coalition Benno Siggil Senegal, the president created a super-ministry for him. This has sparked fears that he is grooming his son to succeed him.

Youssou N’Dour has launched a partnership with Senegal’s leading opposition politician, Mansour Sy Djamil. The initial objective is public information. Speaking to journalists in Dakar, N’Dour said: "People do not know the constitution well enough. They need to understand that power has its limits. There should be no tinkering with the fundamental law of the land."

The political alliance forms a direct challenge to the reigning president.

Collaborations with, among others, Peter Gabriel, Paul Simon, Bruce Springsteen, and Tracy Chapman have made N’Dour a household name throughout the world. He won a Grammy Award for his 2005 release, “Egypt,” and is known for his active involvement in human rights issues. He set up a Free Nelson Mandela Concert in 1985, performed with the Amnesty International Human Rights Now! tour in 1988, and featured at 3 of the recent Live 8 concerts.

Despite international success, he has remained in Senegal, where as well as setting up a recording industry with top class studios, N’Dour has ventured into finance and media. He initiated a micro-finance institution and is preparing to launch a bank. His newspaper, L’Observateur, has one of the widest circulations in Senegal. Alongside his radio station, Future Medias, he has been trying to launch a television station of the same name for nearly five years. However, despite originally receiving the blessing of the current president, a frequency has still not been allocated—a petition last year in support of the television station received over a million signatures.

Last month, N’Dour released his latest album, Dakar-Kingston, a collaboration with the remaining Wailers from the legendary Bob Marley and the Wailers.