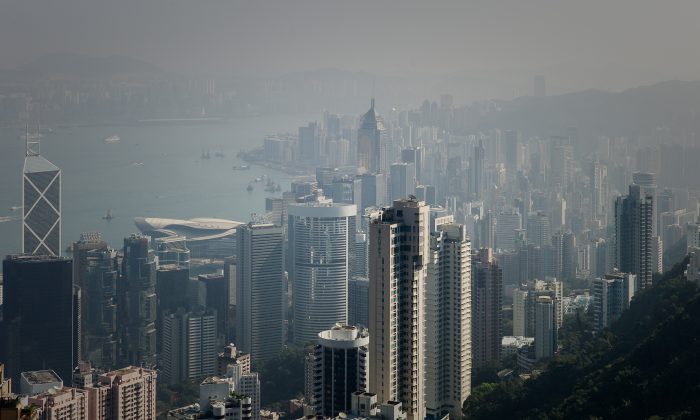 HONG KONG—Young people in Hong Kong have been at the forefront of violent protests over a proposed extradition law that have shaken the city and angered the Chinese regime.

At the root of the protests is concern over what many people see as the inexorable erosion of civil liberties and the city’s autonomy by an ever-meddling Beijing, that refuses to grant full democracy in the former British colony.

But many young people in one of the world’s most densely populated and expensive cities are also infuriated by sky-high living costs, and a feeling that a home of one’s own is just a dream.

Reuters spoke to 11 young people in their tiny bedrooms in their parents’ homes about their political concerns and frustrations about life in the Chinese-ruled city.

But Wai said other problems made life increasingly difficult, in particular what she said was an unfair housing policy that only seemed to make the rich richer.

“Housing is one of the most important ones. We have so little room in Hong Kong and people find it hard to buy a flat. The property companies control the market.”

The former British colony returned to Chinese rule in 1997 under a “one country, two systems” formula that allows freedoms not enjoyed in the mainland, including freedom to protest and an independent judiciary.

But many in Hong Kong resent what they see as Beijing’s creeping control and its refusal to let its residents directly elect their leader.

The Chinese regime denies interfering in Hong Kong and warned this week that the violent protests over the proposed legislation allowing extraditions to mainland China were an “undisguised challenge” to the formula under which it is ruled.

Fung Cheng, a 25-year-old graphic designer living with his parents and brother, vented his frustration at a system that he believes has robbed him of the chance to ever have his own home.

Cheng, perched on his bunk above a white desk in his 54 square foot (5 square meter) bedroom, said Hong Kong’s Beijing-backed governor Carrie Lam, who was chosen as leader in 2017 in a vote by an electoral college approved by Beijing, just didn’t listen to the people.

“It’s the system’s problem … they don’t need a vote to be the government, there is no democracy,” he said.

Lam has suspended the hated extradition bill and said it would lapse next year. But the protesters want it scrapped and have called for Lam to step down.

Michael Ho, a bespectacled 24-year-old graduate who also lives with his parents, said the protests were also about unjust circumstances that prevent young people living their dreams.

“It’s just hopeless for young people to grow, to develop their career because of the pricing problem,” Ho said.

On average, people seeking public housing in the city of 7.4 million people have to wait 5.5 years. The average living space is 430 square feet (40 square meters).

Roy Lam, who lives with his mother and four sisters, said young people were determined to stand up for what they deserved but it was hard to stay positive.

“We do also sometimes think ‘let’s just give up, let’s just move to someplace else’.”