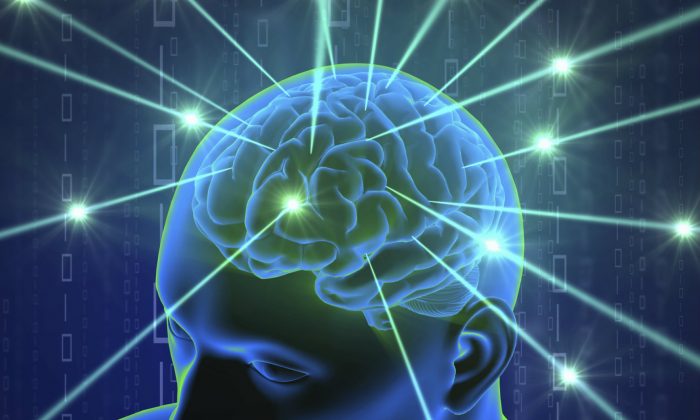 A Nobel Prize in medicine was awarded Monday for the discovery of “an inner GPS in the brain.” While this function of the brain affects how we geographically map our surroundings, could it also guide us in other ways?

Theories building on this discovery take us into the realm of intuition and “coincidences.” When you bump into just the right person at just the right time, could it be this internal global positioning system (GPS) at work?

Grid cells are located in the hippocampus and may also be located in the anterior cingulate part of the brain, which plays an important role in human emotion, said Dr. Bernard Beitman, a Yale-educated psychiatrist currently working from the University of Virginia, after reading some of the prize-winning research. “This emotional aspect of grid cell mapping could make particular locations more highly charged in our brain-based maps. Like the maps used in GPS navigation, these maps could then help us find pathways to emotionally important people, things, and situations,” Dr. Beitman wrote in an email to Epoch Times.

Epoch Times asked Moser and Moser what they thought of this idea. Edvard Moser responded via email that “the link to emotions is very speculative.”

Dr. Beitman agrees that the connections are speculative, “But it is on such evidence that new theories can develop.” Many coincidence anecdotes he’s heard make it clear to him that people are somehow able to map their location in relation to emotionally significant people or places. “Just how [this works] is our fun question,” he said.

He gave an example: “A mother felt her 6-year-old daughter was in danger and rushed to the edge of a deep-water quarry to find her happily playing at the water’s edge. How did the mother ‘feel’ the danger? How did she ‘know’ how to get there?”

Similarly, as a child Dr. Beitman found his lost dog after he made a wrong turn in a familiar neighborhood. It was strange for him to go in this direction, yet it led him exactly where he needed to go.

The file-drawer effect can explain some of these coincidences, he said: we remember all the times we found what we needed when we needed it through a surprising and accidental chain of events, but we forget all the times this didn’t happen. If you take into account the wealth of misses, the hits become more probable statistically. To illustrate this further, you may find it really remarkable that the person sitting next to you at a dinner party has the same birthday as you—that’s a “hit.” But, if you take into account all the dinner parties you’ve been to in your life, or all the dinner parties all humans have been to, at which two people sat next to each other and didn’t have the same birthday (a plethora of misses), it seems more likely that this would happen at least once among all these cases. It really is a one-in-a-million occurrence if you look at the million misses it took to get one hit.

Nonetheless, Dr. Beitman thinks the file-drawer effect cannot explain the entire phenomenon and he’s not the only one. Veterinarian Dr. Michael Fox has heard of pets tracking down their owners or finding help when they need it in situations that seem to defy even their heightened sense of smell, sight, or hearing.

Dr. Beitman and Dr. Fox both theorize about sensory data around us that we subconsciously perceive. This data would guide the GPS. Dr. Beitman talks of the “psychesphere,” and Dr. Fox talks of the “empathosphere”—a layer of existence around us that we can’t perceive with the five senses, but which contains emotional information we may pick up on with yet-to-be-discovered sensory receptors.

MORE: “Is There a Physical Explanation for the ‘Vibes’ You Get Off People?”

If we make this discovery or understand better the phenomenon, said Dr. Beitman, we may be able to make useful coincidences more common in our lives. Perhaps this GPS could often help us find lost children. Maybe it could help us find love, or the right job, or a helping hand in a time of need. Of course, much mystery remains in figuring this all out—but for Dr. Beitman, it’s a train of thought worth following with further investigation.

Professor of aerospace science and dean emeritus of the School of Engineering and Applied Science at Princeton University Robert G. Jahn has written about a “consciousness space grid” or “a grid of experience.”

In his book “Margins of Reality,” he wonders about the physical existence of human consciousness and how it may be mapped. He also ponders, from the perspective of quantum physics, how consciousness may move toward a goal. “A person is described as a ‘close’ friend or ‘distant’ relative, as ‘deep’ in thought or ‘high’ as a kite; an idea may be ‘central,’ ‘remote,’ or ‘far out’; and we allow our minds to ‘wander’ over various conceptual ‘grounds,’ before taking a ‘position’ on an issue.”

These are qualitative descriptions. He wonders if its possible to develop quantitative spatial descriptions related to consciousness. He theorizes that human consciousness is in wave form and physically moves as such through the brain and beyond. He said further development of consciousness mechanics could form a “grid of experience, along which consciousness proceeds toward its goal by making discriminations or associations at each juncture, much as in a puzzle maze or in the games of ‘Twenty Questions’ or ‘Charades.'”