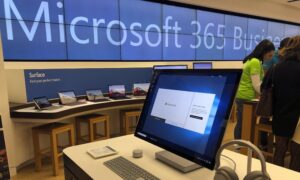 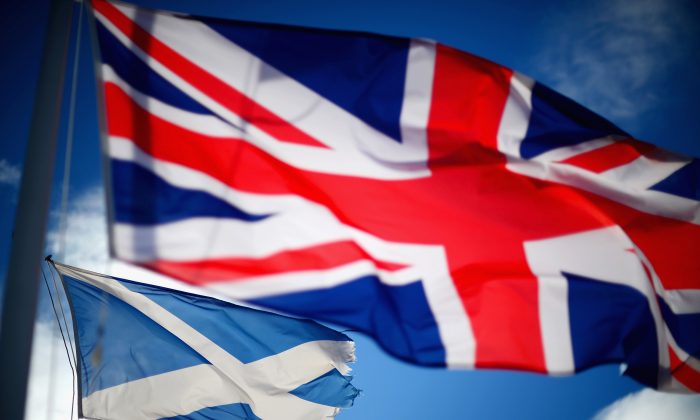 A Union Jack and Scotland's flag, the Saltire, blow in the wind near to Glen Coe, Scotland on March 24, 2014. Scotland prepares for the independence vote on September 18th. (Jeff J Mitchell/Getty Images)
Europe

Yes or No? Will people of Edinburgh vote for independence?

With only 70 days until the vote on the referendum question “Should Scotland be an independent country?”, the debate on both sides is fierce. Some polls suggest the gap between the pro-unionists and Yes voters is narrowing, although the latest July 1st Yougov poll gives the No campaign a 19-point lead with 54 per cent against 35 per cent.

The Epoch Times interviewed 12 members of the public in Edinburgh, Scotland’s capital, to find out how they will be voting. Six said No to independence, five said Yes, and one was neutral. Here is a selection:

“I’m 100 per cent for independence. It’s going to be a huge benefit for everybody in Scotland. The problem we’ve got is the Westminster government only really cares about what happens in the city of London. So all the economic policies of the UK are all about what happens in the city of London. Scotland’s quite far removed economically from what happens in London. There’s more rural economy. Tourism is a big part of our economy, so we need to be taking care of that ourselves and improving upon what we’ve currently got. Scotland’s crying out for change because there are huge problems in the west of Scotland. Towns have all been decimated, loads of unemployment, poverty and it just gets completely ignored.”
Paul Charles, 45, engineer

“I’m for independence. I think it’s an insult to say that the people of Scotland can’t rule themselves and survive in today’s world. We would get self-governance. We’d get what we want. Over all these decades it’s always been majority Labour vote, whereas in England it’s been Conservative. So there’s no real democracy for the people of Scotland.”
Frank Ross, 60, plasterer

“I’m going to vote yes. I think we’d do quite well on our own. The government hasn’t done very much for Scotland, for me personally. We can only give it a try.”
Wendy McLaren, 63, retired

“I’m against independence. It would be quite bad for the economic situation, the whole application process for the EU and having to go through that again. There are more benefits if we stayed together, as part of the EU. It’s better to leave it how it is.”
Rebecca McIlvoy, 16, student

“I would be voting ‘no’ because I’m not sure about the maths – whether the Scottish government have or will be able to give me a clear indication of whether we’ll be able to pay ourselves through. I’m not emotional. I’m Greek but I live here. So I worry about pensions and many other things.”
Dimitri Magilveras, 58, dentist

“I’m from England, but been resident here for over 20 years, I feel an honorary Scot. I’d vote no. I’m for Britain as a whole. I don’t like nationalism. I’d be scared that we’d get a mixed bag of nationalism. I don’t know how Scotland can live independently economically – that’s not been explained. But I’d want to be in Europe that’s the only thing that would make me consider to vote yes.”
Helen Cash, 50, doctor

“I’m not going to vote. But it seems slightly unfair how Scotland does not get many votes, so there is a fair enough point to want to be independent, but at the same time there are a lot of funds coming from England. So that’s one of the reasons I’m quite neutral.”
Stu McNair, 20, university student