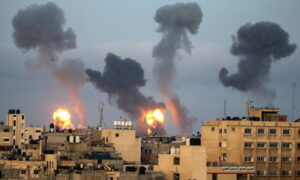 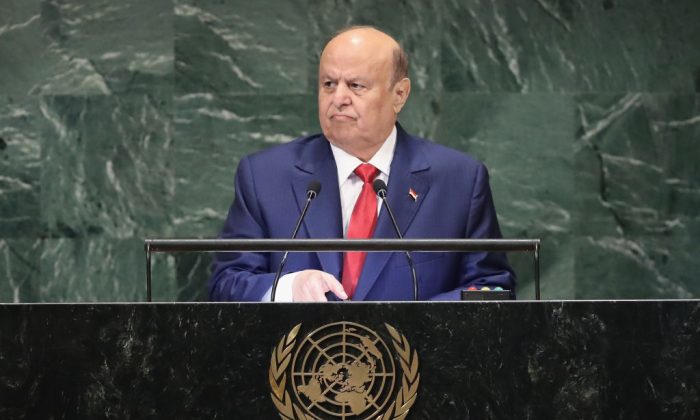 ADEN—The Saudi-backed Yemeni government said on Nov. 1 it was ready to work on confidence-building measures under U.N.-led peace efforts as the United States pressed for an end to a war that has pushed Yemen to the brink of starvation.

Saudi Arabia and the United Arab Emirates, who are leading a coalition fighting Yemen’s Iranian-aligned Houthi insurgents in a conflict that has lasted more than three years, have yet to publicly comment on calls by the United States and Britain for a ceasefire.

The fighting has killed more than 10,000 people, according to United Nations figures.

The alliance, which relies on Western arms and intelligence, was on Oct. 31 still sending troops to the Houthi-held port city of Hodeidah where it has massed thousands of forces in recent days, pro-coalition Yemeni military sources said.

The kingdom’s ties with the West have been strained by the furor over the killing of a prominent Saudi journalist at Riyadh’s consulate in Istanbul on Oct. 2, and its conduct in the Yemen war, in which hundreds of civilians have been killed in air strikes, has also come under closer scrutiny.

Any full-scale assault on the densely populated Red Sea city or port, which serves as a lifeline for millions of Yemenis, would further complicate relations with its main Western allies and risk triggering a famine in the impoverished country.

The internationally-recognized government of President Abd-Rabbu Mansour Hadi said it was ready to return to the negotiating table after U.N.-led consultations collapsed in September when the Houthi delegation failed to show up.

“The Yemeni government is ready to immediately discuss all confidence-building measures,” it said in a statement.

Those steps should include freeing of prisoners, support for the central bank, reopening of airports and U.N. monitoring of Hodeidah port to prevent arms smuggling, it added.

The Houthis, who accuse the government of preventing their delegation from traveling to the last round of consultations, said on Oct. 30 that they are also willing to re-engage.

The coalition says that seizing control of Hodeidah would force the Houthi movement to its knees by cutting off its main supply line. But a previous offensive in June failed to achieve any gains and was halted to give peace talks a chance although battles between the warring sides have continued on and off.

The Houthis still control the capital Sanaa and the most populated areas of the country despite the air superiority of the Saudi-led coalition in the conflict, which is seen as a proxy war between Saudi Arabia and Iran.

In Hodeidah city, residents already struggling to secure basic needs fear that things could get worse.

“There are continuous clashes south of the city and the entrance leading to Sanaa. We hear the sound of bullets and missiles clearly,” Mohammed Abdullah told Reuters by telephone.

“The situation is dire and we don’t know what our fate will be,” he said. “We can’t leave the city, where would we go? It costs too much to travel and our friends who left for Aden or Sanaa are living in even worse conditions than us.”

Half the population of Yemen—some 14 million people—could soon be on the brink of famine, the United Nations says, in what it describes as the world’s most urgent humanitarian crisis.

Save the Children estimates that 100 children on average are dying every day in Yemen from preventable causes like extreme hunger and disease.

“While the warring parties discuss the terms of this peace, we urge them to immediately stop the fighting so more lives aren’t lost,” Save the Children said in a statement and called for full access for aid and commercial imports.

“It’s time to end this war, for the sake of Yemen’s children, who’ve suffered enough.”

U.S. Secretary of State Mike Pompeo on Oct. 30 called for a cessation of hostilities ahead of U.N.-led negotiations scheduled to begin next month, and Britain also backed an end to the fighting. At the same time, the two countries are Saudi Arabia’s biggest arms suppliers.