5 People Hurt, 2 Critically, in Texas Shooting at Park With 600 People
0 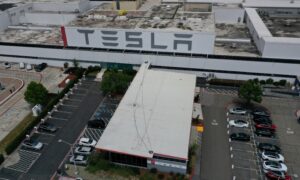 Tesla Can Reopen Next Week If Conditions Are Met: County Officials
0 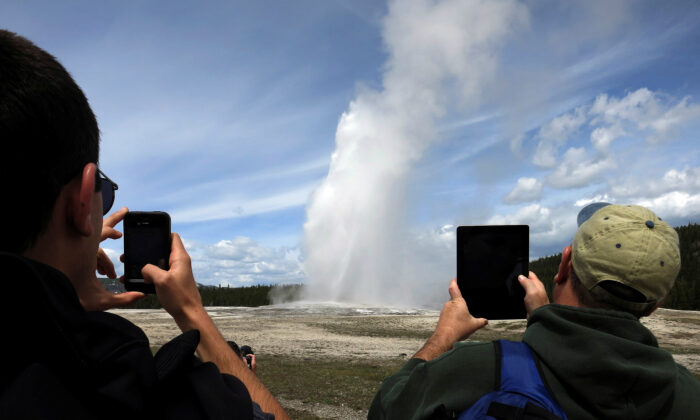 People use phones and tablets to photograph Old Faithful geyser erupting in Yellowstone National Park in Wyo., on May 16, 2014. (Jim Urquhart/File Photo/Reuters)
AMERICA

Two of the most popular national parks in the American West—Yellowstone and Grand Canyon—will welcome back visitors on a limited basis over the next several days after lengthy closures due to the CCP (Chinese Communist Party) virus, the government announced on May 13.

Grand Canyon National Park in Arizona, closed to the public since April 1, will initially reopen just for four days—Friday through Monday—with public access restricted to a half dozen viewpoints along the South Rim of the canyon, the National Park Service said.

Visitors will only be allowed in through the southern entrance from 6 a.m. until 10 a.m. but will be permitted to remain until dark. A handful of picnic areas and restrooms will be open.

The South Rim’s eastern entrance and desert view area will remain closed, along with the inner canyon, all hiking trails, the Colorado River, and the entire North Rim of the canyon. All commercial services within the park will also stay shut.

“Visitors exporting the South Rim should plan to be self-sufficient, bringing enough food and water during their trip as well as hand sanitizer,” the Park Service said in a notice posted on the park’s website.

The park, which normally draws more than 6 million visitors a year, is planning for a similar limited reopening for the Memorial Day holiday weekend at the end of the month, park spokeswoman Lily Daniels told Reuters.

A more expansive reopening is scheduled to begin next Monday for the southern portion of Yellowstone National Park in Wyoming, known for its spectacular geothermal features and abundant wildlife.

Closed to visitors since March 24, it will reopen at its southern and eastern entrances, along with the entire “lower loop” road providing access to Yellowstone Lake, Old Faithful, and several other geyser basins, according to the National Park Service. Visitors will have access to restrooms, service stations, trails, and boardwalks in those areas.

Portions of the park that lie in Montana and Idaho, which have yet to lift out-of-state restrictions, will remain closed for the time being.

As will be the case initially at the Grand Canyon, overnight lodging and campgrounds will remain closed in Yellowstone, which typically attracts some 4 million visitors a year, and no tour buses will be allowed, the park service said.

Visitors to both parks are encouraged to wear face coverings in high-density areas.