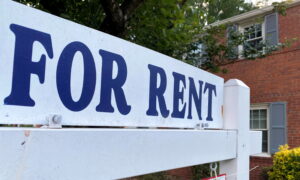 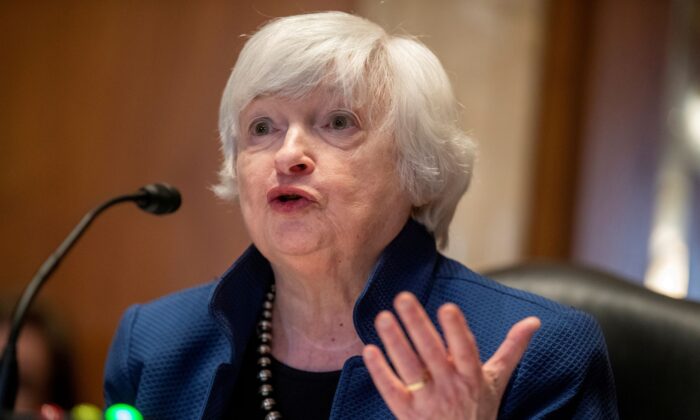 Treasury Secretary Janet Yellen told senators on Tuesday that the United States should return to full employment next year despite headwinds from the Delta variant and urged states and localities to speed up disbursement of emergency rental aid to families in need.

Yellen made the remarks before a Senate committee on Sept. 28, in which she called the economic recovery from the pandemic “fragile but rapid.”

“While our economy continues to expand and recapture a substantial share of the jobs lost during 2020, significant challenges from the Delta variant continue to suppress the speed of the recovery and present substantial barriers to a vibrant economy,” she said.

“Still, I remain optimistic about the medium-term trajectory of our economy, and I expect we will return to full employment next year,” Yellen added.

While the notion of full employment is not strictly defined, economists typically put the figure at somewhere between 4 and 5 percent unemployment, while Atlanta Federal Reserve President Raphael Bostic expanded on the concept in a Sept. 27 essay in which he defined it as a situation where “every American who wants a job has one,” noting that the rate will never be zero because people are always changing jobs, which takes time.

Yellen, who was testifying about COVID-19 relief aid efforts, said that the emergency rental aid program was scaling up quickly to prevent evictions, with 1.4 million payments made to renters and landlords to date.

The 2020 pandemic relief legislation established the Emergency Rental Assistance (ERA) program with $25 billion in funding (pdf), while the American Rescue Plan Act in March provided another $21.5 billion in rental assistance (pdf) in what’s known as ERA2.

But getting that aid to needy households has been slow, driven chiefly by application processing delays. Seeking to boost the pace of disbursement, the Treasury Department announced in August seven new policies meant to streamline the application process, including greater flexibility in the use of self-attestations by applicants to document financial hardship or the risk of homelessness.

Yellen, in her testimony, complained that “too much of the money remains bottlenecked at the state and local levels,” while urging such jurisdictions to do more to get the money out quickly to those in need.

“Our Treasury team has worked to eliminate every piece of red tape possible in order to ensure more payments can get to renters and landlords, but states and localities must also work to remove barriers that can speed up distribution of rental assistance funds,” she said.

Treasury said in a Sept. 24 statement that more than $2.3 billion in rental aid payments were disbursed to more than 420,000 households nationwide in August, an increase from the $1.8 billion that reached 340,000 households in July.

The Biden administration faces a narrowing window to distribute rental aid, as unused funds will soon be subject to reallocation to more productive programs.

Of the total $46.5 billion that Congress had appropriated under the two emergency rental assistance programs, around $7.7 billion, or less than 17 percent, had been spent as of Aug. 31.

Goldman Sachs economists estimated in August that 2.5 million to 3.5 million U.S. households are behind on their rent and, when the eviction moratorium expires at the beginning of October, between 1 million and 2 million households will face a higher risk of eviction.