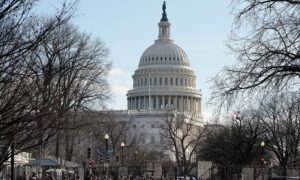 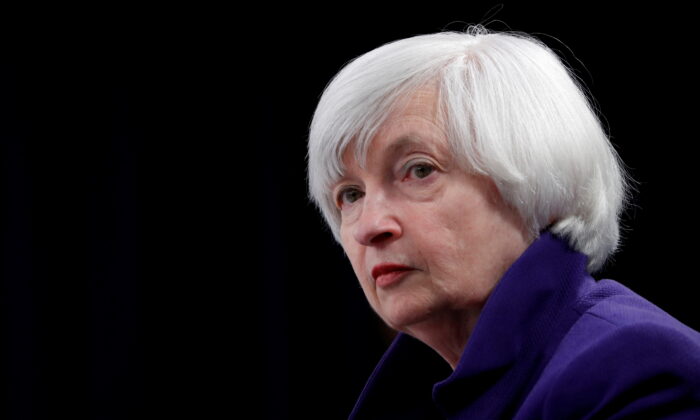 “We really need to make sure that our financial markets are functioning properly, efficiently, and that investors are protected,” Yellen told ABC’s “Good Morning America” on Thursday.

“We’re going to discuss these recent events and discuss whether or not the recent events warrant further action,” she said, adding, “We need to understand deeply what happened before we go to action, but certainly we’re looking carefully at these events.”

Frenzied trading of GameStop stock sent shares surging over 400 percent last week before falling sharply. The situation, which includes other stocks like AMC and Nokia, has spurred calls for stronger regulations. The Securities and Exchange Commission (SEC), the country’s top financial regulator, said last week it was closely monitoring “the extreme price volatility of certain stocks’ trading prices over the past several days” and noted that “extreme stock price volatility has the potential to expose investors to rapid and severe losses and undermine market confidence.”

The market gyrations led some retail investor apps, such as Robinhood, to limit trading in some of the most volatile stocks last week, drawing criticism and sparking a class action lawsuit against Robinhood (pdf), which claimed that the app “deprived retail investors of the ability to invest in the open-market and manipulating the open-market.”

Word of the meeting that Yellen has convened was first reported on Feb. 3, with a Treasury Department spokesperson saying that Yellen “believes the integrity of markets is important and has asked for a discussion of recent volatility in financial markets and whether recent activities are consistent with investor protection and fair and efficient markets.”

This raised questions around whether Yellen had asked for written authorization to participate in a meeting responding to the volatility in light of an ethics agreement Yellen signed relating to the hundreds of thousands of dollars she received in speaking fees from Wall Street, including some $800,000 from Citadel, according to filings with the Office of Government Ethics.

Citadel has poured money into the hedge fund Melvin Capital, which took a strong short position against GameStop and was exposed to losses as GameStop shares surged.

The ethics agreement Yellen signed states that she’ll request written authorization “to participate personally and substantially in any particular matter involving specific parties in which I know that entity is a party or represents a party.”

According to a document seen and reported on by Reuters, Yellen sought and received permission from ethics lawyers before calling the meeting. She also received the green light to engage on wide-ranging issues in the financial services industry, with a Treasury ethics official, Brian Sonfield, saying it would be “difficult, if not impossible” for Yellen to recuse herself from matters involving market volatility.

“You are the secretary of the Treasury, the duties of which require you to be involved in a broad array of matters focused on these sectors,” Sonfield wrote, according to Reuters.

“Issues relating to these sectors could arise at any time without the opportunity for consultation with the ethics office,” and “argue in favor of prior authorization.”