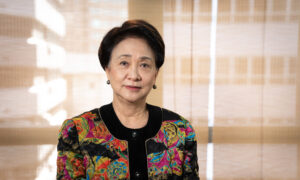 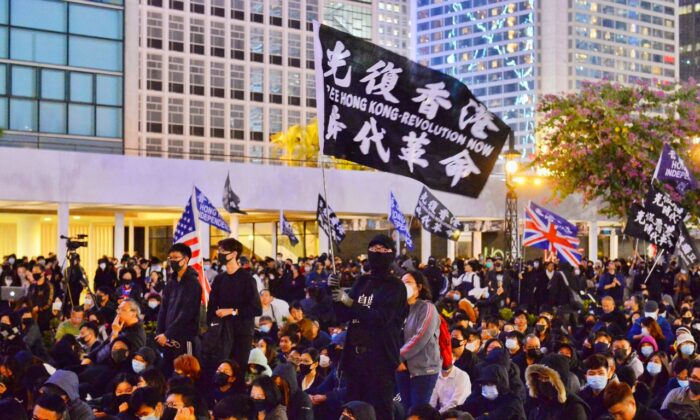 HONG KONG—When protests aren’t unfolding on the streets of Hong Kong, the city marches on: people walking to their destinations, hawkers selling their wares, vehicles shuttling passengers to and fro.

But in nearly every neighborhood, there remains graffiti, posters, and stickers—left on sidewalks, walls, skybridges, lamp posts, and storefronts—declaring rebellion, a yearning for freedom, and anger at what protesters view as the brutality of police and the broken government that has endorsed their power.

For more than six months, Hongkongers have mounted the biggest challenge to the Chinese Communist Party in recent memory. Angered by a now-withdrawn extradition bill that encapsulated their fears about the Chinese regime’s growing encroachment on the city’s autonomy, millions clogged the streets to call for the proposal to be scrapped.

“This bill is just a trigger point. But behind this, there are underlying, deeper problems: Hongkongers’ fears of the Chinese regime,” said Zack Ho, the 18-year-old convener of a student activist group called Inspidemia Hong Kong.

China promised that the city’s autonomy and freedoms would remain unchanged for 50 years after its transfer from British to Chinese rule in 1997.

But the bill—which would have allowed the Chinese regime to seek extradition of individuals for trial—awakened Hongkongers’ anger and fear about an uncertain future, Ho said, as “the Hong Kong government has made the city more ‘red,’ more integrated [with the mainland]” over time.

For months, the government refused to concede. Meanwhile, police fired tear gas, rubber bullets, and other projectiles to quell protests.

In a show of frustration at the Hong Kong government’s failure to listen to its residents, on July 1—the 22nd anniversary of the city’s handover—protesters broke through the entrance to the legislature building and stormed inside, spraying graffiti on the walls and damaging property.

As police warned that they would clear the premises, protesters who had surrounded the building decided to try to rescue people who were inside—because of fears that they could be arrested. The demonstrators inside had refused to leave, and issued an ultimatum to the government to address their demands.

“From that day on, we established the concept of not severing ties between the peaceful and the valiant,” said Ventus Lau, a pro-democracy activist who has been charged in connection with the July 1 protest. The latter is a reference to those who are willing to use more aggressive tactics during confrontations with the police.

“Even if you don’t agree with the strategy, we will still be on the same side,” he added.

Ivan Lam, chairman of the pro-democracy party Demosisto, believes that solidarity is a key factor in the movement’s longevity.

During 2014’s Umbrella Movement, when Lam, fellow Demosisto member Joshua Wong, and other young activists led a pro-democracy protest seeking to pressure the government into granting universal suffrage in city elections, “there were always arguments between different tactics and strategies,” he said.

“That’s one of the reasons why we failed every time in the past.”

The Umbrella protests ended without effecting any change in the city’s electoral system.

Universal suffrage was promised in the city’s mini-constitution drafted by Chinese and British authorities in the lead-up to the handover. Currently, the city’s top official is elected by a committee comprised of mostly pro-Beijing elites.

In this movement, there are no leaders, and protesters have adopted a “be water” philosophy to go with the flow, and change tactics when necessary.

And unlike 2014, when protesters continually occupied the city’s business district until authorities cleared the site, “not one action represents the movement, but [we] use different actions to sustain it,” Lam said, noting that Hongkongers have recently initiated efforts to establish new pro-democracy labor unions in preparation for a planned strike.

“The movement won’t just extinguish like a fire, but will keep on going.”

After more than 6,000 arrests since June, in recent weeks, protesters have been less likely to engage in street confrontations, while police have been more restrained in their use of force. Tensions subsided after pro-democracy candidates won a landslide victory in district council elections.

Now, in the seventh month of the campaign, protesters must answer important questions: Where is the movement headed now? Can it be sustained, or will it fade like the Umbrella Movement?

“Now, it’s a critical … turning point. Possibly, the protests would calm … maybe it’s time to be ready for a long-term fight, from different aspects of society,” said Mockingjay, a student at the University of Hong Kong (HKU). Like many protesters, she chose to use a pseudonym because of fear of reprisal from the authorities.

Many are calling for protests to enter daily life, by choosing to patronize restaurants and shops that support protests, for example. Some, like Lau, believe more radical tactics need to coexist with the peaceful marches and rallies he’s helped organize.

“Even if you hold rallies every day, this government will not care about you,” as evidenced by these past few months, Lau said. “We need things that can threaten this administration in order to win this war.”

As for concrete steps for the future, no one had a clear answer. Most just spoke of an unwavering desire to persist until all demands were met.

“Like a game of football, we just have to keep the game going,” said Lau.

The loftiest demand is the one for universal suffrage, as the Chinese regime has already stated that it wouldn’t allow elections for the city’s top official without having Beijing vet the candidates.

But “without a fundamental change in the electoral system, the government of Hong Kong would not have to listen to the people’s demands and always have to obey the Chinese government,” Mockingjay said.

Without true democracy, “Hong Kong’s problems are like a ticking time bomb and you don’t know when it will explode,” Lau predicted.

During a recent discussion event held by HKU students, aimed to help their international classmates understand the ongoing protests, student protesters initiated a debate about the future of their home, the flaws of past pro-democracy activism, and how the movement should progress.

There’s been one undeniable change since the protests began: Hongkongers are now more politically aware than ever before. Mockingjay said her friends who used to post on social media about socializing and food now constantly comment on the protests.

H, a fourth-year engineering student, said Hongkongers used to avoid talking about politics. But with this movement, “you don’t look for politics, but politics finds you.”

The odds are stacked high, but Lau sees hope in the people’s perseverance.

“We still believe that Hong Kong is a place with freedom. We won’t ever forget this.”

H’s grandfather had fled to Hong Kong from mainland China, seeing the city as a safe haven from communist control.

“I don’t want to see Hong Kong handed back to the Chinese Communist Party so easily,” he said.