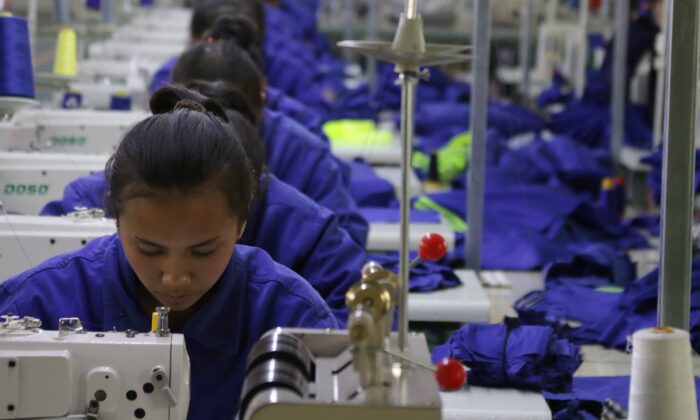 Chinese leader Xi Jinping visited Xinjiang, the home of the Muslim Uyghur minority, on July 12 – 15, to purportedly promote national unity and reinforce the regime’s ambition to influence the world.

According to State-run Xinhua and CCTV, Xi went to a Uyghur neighborhood in the capital city Urumqi. He also visited a unit of the Xinjiang Production and Construction Corps, a quasi-military organization that the regime has used to control and develop the region since the 1950s, in Shihezi city, about 85 miles west of Urumqi.

This was Xi’s first Xinjiang visit in over eight years. His last trip concluded on April 30, 2014, the day of a bomb and knife attack in the capital’s train station that killed three and injured 79. Beijing described the incident and similar ones as “violent terrorist attacks” by Muslims and hence speeded up its “Sinicization of Islam” campaign, that is, policies designed to eradicate Muslim practices and force the religious believers to believe in the Communist Party.

In August 2018, the United Nations Committee on the Elimination of Racial Discrimination first revealed that about one million ethnic Uyghurs were held in internment camps in Xinjiang. where they are forced to do labor and are brainwashed with the communist theories and way of thinking.

“It brings me pain to see these images [photos and videos of Xi’s Xinjiang visit] after knowing exactly what Uyghurs have gone through,” Omer Kanat, executive director of Uyghur Human Rights Project (UHRP), told The Epoch Times via email on July 15. “We’ve documented countless cases of Uyghurs detained and sentenced for this very expression that the government now turns on its head and claims to value and protect.”

In the past years, the United States, European Union, Canada, and Australia have boycotted forced labor-made products, such as cotton, the polysilicon used in solar panels, and batteries for electric vehicles, from Xinjiang. The West hopes these actions can stop the Chinese regime’s persecution of Uyghurs.

On June 21, the U.S. Uyghur Forced Labor Prevention Act (UFLPA) came into effect. This potentially far-reaching legislation prohibits imports that are made by forced labor in Xinjiang.

During his four-day trip, Xi visited a university, a land port, a museum, and a Uyghur neighborhood in Urumqi. In Shihezi, he visited a museum and farmlands. In Turpan, a city about 110 miles east of Urumqi, he visited a vineyard, a village, and the ruins of the ancient city Jiaohe.

State-run CCTV explained the purpose behind Xi’s itinerary: Xi wants the people in Xinjiang to support the regime and give up their pursuits.

During the trip, Xi also frequently said that ethnic groups in Xinjiang are members of the Chinese family, which belies their actual treatment.

China imports and exports goods to Central Asia via Urumqi. The land port in Urumqi is key to the Chinese regime’s Belt and Road Initiative (BRI, also called One Belt One Road). BRI, launched in 2013, is used by Beijing to invest and build infrastructure projects in developing countries, but in reality, also puts these countries into debt, giving BRI the nickname “debt trap.”

The ancient city of Jiaohe, now the site of ruins, was an important town on the Silk Road. Xi visited the ruins of Jiaohe city and the port in Urumqi and to promote the BRI.

Xinjiang produces about 90 percent of China’s cotton. The boycott of Xinjiang-made cotton forced the Chinese textile industry to import cotton to make products for export.

“Xi Jinping wants to label his regime as a successful ruler in Xinjiang,” Tang Jingyuan, a U.S.-based China affairs commentator told The Epoch Times on July 15. “Xi is bidding to remain in power for a third term now.”

There’s no free media inside China, and all media outlets are the regime’s propaganda tools, Tang said, and the Chinese people don’t know the true situation in Xinjiang and are fooled by the state-run media.

“China doesn’t adopt the Western-style election system. Xi needs to convince the other factions of the Chinese Communist Party (CCP) that he deserves a third term,” Tang said.

The CCP will hold its annual Beidaihe conclave soon. All top officials will participate in this meeting and debate the key issues the regime faces. This year, the conclave will decide the leader who will be in power for the next five years. The results will be announced in the fall at the 20th CCP Congress.

Tang has been observing the repressions in Xinjiang in the past decades. He believes that Xi would use more force to maintain his power in the region.

“The Xinjiang Production and Construction Corps, known as Bingtuan, is the force used to farm the land and defend the regime. Xi’s visit to the corps on July 13 means he recognizes the achievement that the corps had, and he would use the corps to do more in the future,” Tang said.

The Chinese regime has built hundreds of so-called vocational skills education centers and demolished thousands of mosques and other Islamic worship places in Xinjiang since 2017. The regime claims that the Uyghurs and other ethnic minorities are receiving education in the centers, but victims and investigative reports tell a different story.