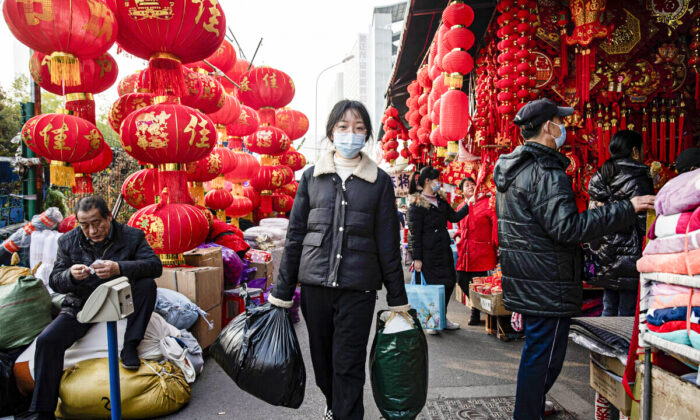 Xi Jinping and CCP Do Not Speak for the People of China: Survey Findings

The one-sidedness of official Chinese Communist Party (CCP) rhetoric and propaganda should not be taken to indicate a lack of diversity of viewpoint on the part of the Chinese population or general public agreement with CCP positions, according to a new report by the Center for Strategic and International Studies (CSIS), a Washington-based think tank.

A wide diversity of opinion exists whether the issue is politics within China, the rules for participating in the political process and taking part in public demonstrations, the number of children that couples are permitted to have, the uses of private capital, land ownership, trade and tariffs, foreign and military policy, or the role of the press and the need to accommodate foreign journalists who seek to report on China.

The authors of the CSIS report, Ilaria Mazzocco and Scott Kennedy, do not blame outsiders for having misconstrued public opinion within China to be somewhat monolithic. In their view, this is an understandable consequence of centralized autocratic power and the lack of political freedoms familiar to people in the West.

“Increasing centralization of power in China and reduced in-person exchanges with the West have driven the perception that only one person’s views in China matter: Xi Jinping’s. In addition to not having much power, most assume that Chinese citizens’ views are largely shaped by the CCP propaganda machine,” the authors of the report write.

This is a simplistic view, out of touch with the realities of a country among whose 1.4 billion people a considerable diversity of viewpoint is only to be expected.

“Not all citizens are supportive of government policies, nor do all their views reflect state propaganda. And, despite the risks, they are willing to share their opinions,” the authors of the report state.

The authors present the survey data culled by professors Pan and Xu as evidence that the populace in general is “more liberal than expected” and “more liberal than the official positions of their government.” Here it is important to specify that the authors use the term “liberal” in the sense of classical liberalism, that is, manifesting a general pro-market and pro-free speech stance, and an aversion to overregulation and state control.

Personal Rights and Families in China

When it comes to one of the most basic and personal of all rights, the right to reproduce freely and without concern for state-imposed limits and quotas, many people in China have decided views at odds with CCP orthodoxy and with the “one-child” policy with which CCP officials had long sought to keep birthrates down.

In the survey the following year, the numbers were mostly the same but respondents who strongly agreed that the regime should stay out edged up to 25.7 percent of the total, while 22.3 percent agreed, 25.8 percent were neutral, 16.9 percent disagreed, and 6 percent strongly disagreed.

With regard to the broader question of whether people should be able to hold and express views at odds with official state positions, results again conveyed a high degree of liberalism as defined by the reports’ authors. A total of 21.4 percent of respondents in the first (2018) poll strongly agreed that people should be allowed to voice positive or negative views toward state policies, 36.7 percent agreed, 25.9 percent were neutral, 8.9 percent disagreed, and 4.2 percent strongly disagreed.

In the 2019 poll on the same question, the number who strongly agreed had gone up to 22.8 percent, while 36.4 percent agreed, 26.8 percent were neutral, 8.2 percent disagreed, and 4.3 percent strongly disagreed.

The pollsters asked respondents for their views on a related proposition: that there should be limits on gatherings in public and participation in public demonstrations. This would appear to be an especially sensitive question in China ever since the 1989 Tiananmen Square demonstrations and massacre. Some are afraid to speak out on the topic at all, even anonymously to a pollster, as evidenced by the finding that 4.3 percent and 4.0 percent of participants in the respective 2018 and 2019 surveys refused to give an answer.

With respect to the fiscal and economic stances of Xi Jinping’s regime, the report is unambiguous about CCP tendencies in recent years. Besides its growing political authoritarianism, the report argues, Xi’s regime has intervened in the workings of the economy even more aggressively than past Beijing administrations. The report describes the state capitalism practiced under Xi as encompassing a crackdown on the private sector and an increasing reliance on state-owned enterprises (SOEs).

In order to gauge public sentiment on these trends, the pollsters asked participants a question that bears directly on the fundamental relationship between the state and the economy, namely, whether they agreed that private capital should be encouraged to launch private hospitals for the sake of offering convenient and state-of-the-art care to those who can afford to pay more. The results are telling. In the 2018 survey, 18.6 percent of respondents strongly agreed, 34.7 percent agreed, 25.7 percent were neutral, 11.5 percent disagreed, and 7 percent strongly disagreed. In the 2019 survey, the corresponding figures were 14.3 percent, 33 percent, 25.8 percent, 14.3 percent, and 5.9 percent.

“Beyond the specific level of acceptance of private investment in healthcare, the responses also show that the public is willing to accept a certain level of inequality in what the state treats as a public good. This is important because inequality is increasingly politicized in China and is the main target of the Xi administration’s ‘common prosperity’ program,” the authors state.

When presented with another proposition that goes to the heart of the state-society relationship—that individuals should be allowed to own, buy, and sell land—the results are equally telling. In the 2018 survey, 4.4 percent refused to answer, 12.1 percent strongly agreed, 21.1 percent agreed, 27.4 percent were neutral, 21.4 percent disagreed, and 13.6 percent strongly disagreed. In the 2019 survey, the corresponding figures were 3.8 percent, 9.7 percent, 20 percent, 26.4 percent, 24 percent, and 16.2 percent.

But the Chinese public’s views are not predictable across all areas and categories of state intervention. The pollsters found significant support for high tariffs on imported goods, to shield domestic industries from foreign competitors. In the 2018 survey, 4.2 percent refused to answer while 17.4 percent strongly agreed with high tariffs, 28 percent agreed, 31.4 percent were neutral, 13.6 percent disagreed, and 5.4 percent strongly disagreed. In the 2019 survey, the figures were 4.5 percent, 14.6 percent, 26.6 percent, 33.3 percent, 16.2 percent, and 4.8 percent.

In their surveys of the Chinese public’s opinions on questions of military and foreign policy, the pollsters again found strong support for views more closely aligned with classical liberalism than with the dictates of the CCP, and found support for diplomacy rather than trying to crush Beijing’s enemies by force.

Finally, results were mixed with regard to the proposition that journalists who produce negative coverage about China should be allowed into the country. In the 2018 survey, 9.4 percent strongly agreed, 15.9 percent agreed, 25.5 percent were neutral, 21.6 percent disagreed, and 24.8 percent strongly disagreed. In the 2019 survey, the figures were 5.5 percent, 14.3 percent, 24 percent, 22.7 percent, and 30.2 percent.

The report states that the combined sample size for each pair of 2018 and 2019 surveys was 2,329 respondents.