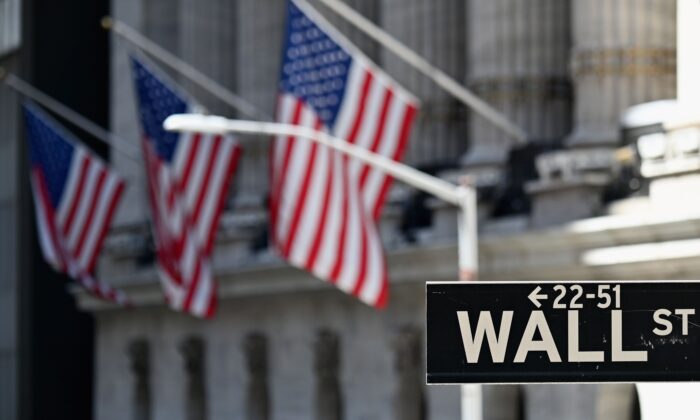 Justin Zhang
Justin Zhang has been analyzing and writing articles on China issues since 2012. He can be contacted at guihang1996@gmail.com
View profile
Follow
biggersmaller
Print

The Chinese regime under Xi Jinping recently disciplined a number of private companies that have close ties with Xi’s political opponent, the Jiang Zemin faction. The series of crackdowns caught Wall Street by surprise.

China’s ride-hailing giant Didi was punished by the authorities soon after it went public in the United States, causing its share price to instantly plummet by 20 percent. This has brought confusion to Wall Street, which now has two voices on the prospect of investment in China.

Financial tycoon George Soros believes it is unwise to invest in China for the time being, while BlackRock, the world’s largest asset manager, thinks otherwise.

“The Chinese market represents a significant opportunity to help meet the long-term goals of investors in China and internationally,” BlackRock Chairman Larry Fink wrote in a recent letter to shareholders.

However, Mike Sun, a New York-based China investment strategy consultant for nearly 30 years, believes that Xi is telling Wall Street in his own way that the rules of the game have changed.

On Oct. 12, Chinese authorities launched a large-scale inspection of 25 financial institutions, including major state-owned banks, stock exchanges, and investment companies in the financial sector. Performed by the Central Commission for Discipline Inspection (CCDI), this inspection was unprecedented.

China’s financial industry is the supply line for China’s once-booming real estate industry. Corruption permeates along this supply line, and the real estate bubble is growing bigger and bigger.

In communist China, the political and business circles are actually integrated. A large enterprise often involves the interests of one or several powerful families.

Xi’s sweeping anti-corruption campaign in the past nine years has taken down thousands of corrupted officials, including leaders of the Chinese Communist Party (CCP). At this point, there is no retreat for Xi. If he ever loses power, even his life is in danger.

Although the CCDI cited “maintaining national economic and financial security” as the reason for inspecting the 25 financial institutions, it is well known that China’s economics, especially the financial sector, has been dominated by the Jiang faction  for years.

The CCP’s Ministry of Public Security launched an investigation into the abnormal stock performance, and found that the three major securities firms, CITIC Securities, Haitong Securities, and Guosen Securities were accused of assisting “malicious short selling” in the Chinese stock market. Yao Gang, then vice chairman of the China Securities Regulatory Commission, along with others, cooperated from within.

Insiders later revealed that key members of the Jiang faction had been involved, and Xi regarded the incident as a financial coup.

The business and financial circles have been ticking time bombs to Xi’s governance. Presently, he is trying to reverse the situation, by breaking and reorganizing the power and money structure behind these sectors, and eventually replacing the current dominant force with his own people.

Award-winning journalist Simone Gao, when sharing her views on her Youtube channel, pointed out that cracking down on private tech giants is not Xi’s goal, but a path Xi has to take to discipline the power structure behind the tech companies. On the other hand, the Xi administration knows clearly that it needs external funds, Gao said.

Wall Street was caught off guard by Xi’s swift move. Before the Wall Street tycoons figured out what was going on, Xi had begun to “redesign the cake-sharing scheme.” That is, he is trying to choose new partners inside Wall Street in order to get rid of Jiang’s influence.

Blackstone recently abandoned its $3.05 billion offer to acquire SOHO China, as the CCP’s regulatory authorities did not give the green light to the transaction. SOHO China’s HKEX-listed stock dropped by 35 percent when the news was released to the public on Sept. 10.

In contrast, BlackRock became the first foreign company to be fully approved to sell public fund products to Chinese retail investors in June this year. At present, there are several such international financial firms undergoing review by the Chinese authorities in order to enter the Chinese market.

According to Gao, Xi does not intend to shut the door to Wall Street, he just wants to take control.

“Xi does not want companies such as Morgan Stanley and Goldman Sachs to invest large sums of money in Jiang Zemin’s grandson’s companies and get financial privileges in China. Xi wants to take this privilege into his own hands. If Wall Street wants to make money in China, it will have to come talk to the Xi Jinping government and get Xi’s consent,” Gao said.

Sun believes that Xi is making these huge moves because he hopes to complete the disciplinary actions on the financial sector before his projected re-election next year, so as to make sure that there won’t be another “financial coup” like the one in 2015.

China’s economic structure is changing with the dramatic changes in China’s political arena.