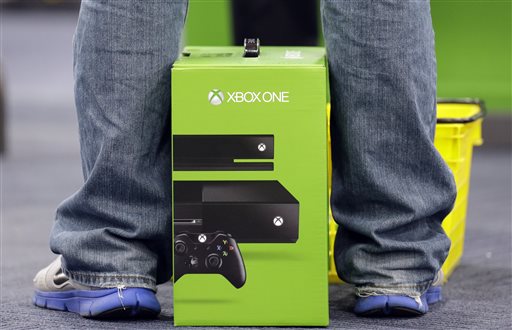 Xbox Games With Gold Gets Another Update: Free Games for July, Discounts on ‘Theif’ For Live Gold Users

Xbox’s Games with Gold service for Xbox Live Gold users got another update.

There’s also new discounts, including 40 % off for Thief for the Xbox One.

Other discounts include Child of Light, Flashback, From Dust, Cloudberry Kingdom, Call of Juarez: Gunslinger, I Am Alive, Freefall Racers, and Narco Terror.

There’s been a few complaints recently about the quality of the Games with Gold service, namely in comparison with PlayStation’s own service, PS Plus.

“Is it me or is games for xbox gold promotion thingy really unimpressive,” one person said.

Added another, “Fed up with not only This months games with gold service but Bing Rewards losing my gold subscription. I’m never buying Xbox Gold again.”

Attack of the Fanboy says that after a year, Games with Gold “continues to underwhelm.”

“The Games With Gold program seemed very promising at first, especially seeing how much PS Plus had grown in only a few years. The problem is that after one year, the promotion hasn’t gotten much better,” the website’s Dean James wrote.

He added: “The epitome of terribleness came when they put up Civilization Revolution as the big retail game for the month of March, a game that released nearly six years ago now. At that same time, PS Plus had huge games like Tomb Raider, Payday 2, and Brothers: A Tale of Two Sons available in comparison.