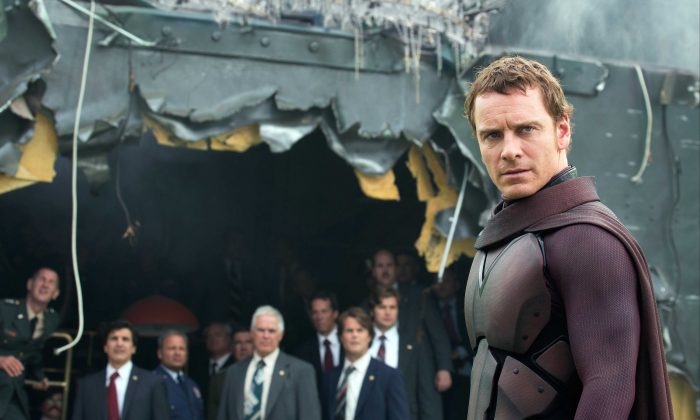 It started with the first Batman movie. It was an event. Jack as The Joker, Prince wrote a song, and how could they possibly cast Michael Keaton in the lead! Remember all that?

Batman kicked off a virtual avalanche of superhero movies. Marvel cartoon movies became cultural milestones it behooved Americans to see, in order to keep up with American pop culture.

This deluge of cartoons-as-movies was part of the “Dumbing Down of America,” and “The Closing of the American Mind,” to name two books on the topic.

Dialectically, is there anything to be gained from this arrested-development superhero worship? How are these megalithic Avenger and X-men franchises affecting pop culture?

Leave out for a minute, the quack-scientific radiation-mishap origin of Spider-Man and Dare Devil’s abilities, and the nuclear nonsense of The Hulk. Leave out the genetic alterations of Captain America. Leave out the tech-wizardry behind those two pseudo-ability superheroes; Batman and Ironman. Leave out the distant-planet origins of Superman and Silver Surfer.

Let’s talk about X-men’s Magneto and Charles Xavier. There are real people who can duplicate their supernormal abilities.

Israeli-born Uri Geller supposedly bent spoons with his mind. It’s been documented. It’s also been debunked. Admittedly that’s not as impressive as Magneto ripping up steel train-tracks with his mind, as he does in the newest X-men film. It’s also easy to debunk the Uri Gellers of the world. But it generally tends to be the case that where there’s smoke—there’s fire.

Charles Xavier is a mind-reader and a clairvoyant. Real-life Xavier-types Rudolf Steiner and Nikola Tesla were also considered clairvoyant. They’re now coming into their own. They just named an electric car after Tesla, and Rudolf Steiner, founder of the now-revered Waldorf (or Steiner) schools, is also the founder of the on-beyond-organic, biodynamic farming method.

Steiner also invented “Eurythmy,” a new dance form based on the supposed clairvoyantly perceived air-vortexes formed by human speech (Annie Lennox of the Eurythmics was a Waldorf school student.)

Modern science has tested and proven that six supernormal abilities exist in humans: mindreading, precognition, retro-cognition, clairvoyance, telekinesis, and levitation. But so what? As mentioned, some people don’t even believe in science anymore. But we go see these movies like crazy. Why? We want to believe.

There are ninety-five X-men, each with a different supernormal ability. Fact or fiction? Mostly fiction. Some of the more fiction-y examples are archetypes. Take X-men’s “Beast.” What is he? Well clearly he’s a blue-furred, Lon Chaney-looking Wolfman. No way is that an actual human supernormal ability.

But it is shape shifting. And shape shifting has been legend down through the tribal ages. It’s huge in Native American culture. Were Apache warriors able to shape-shift into bears, like The Hobbit’s “Beorn?” Tribal elders don’t have a problem with this thinking. Science does. For now.

Nevertheless—we’ve got a whole other massive franchise dedicated specifically to shape-shifting: “Transformers.” Not a cartoon-as-movie but a toy-as-movie; we enjoy contemplating how a purely mechanized version of shape shifting could conceivably happen. Our minds are getting used to the idea of one thing transforming into a very different thing.

If they keep making Transformer movies (and they will), maybe we’ll get a handle on how shamanistic shape-shifting occurs. They’ll figure out a way to show it at the cellular and atomic levels.

If they keep making more of these X-men movies (and they will), we may eventually arrive at a more open-minded perception of human supernormal abilitIes.

If a supernormal ability exists in the human imagination, it’s conceivable that some of them exist in latent form in the human body like seeds, which, given energy and nourishment, can germinate, grow, and blossom.

What kind of energy can bring about such abilities? Certainly not radioactive spider-bites. Probably not genetic-tampering; that road leads to Frankenstein. Martial arts, maybe?

Speaking of which—how about all those movies dealing with martial arts and eastern spiritual practices? Look at all the supernormal abilities in “Crouching Tiger, Hidden Dragon”: flying, teleporting, intercepting thousands of poisonous darts with a whistling sword-blade. All fantasy? And how do we explain levitation and telekinesis?

Nevermind all that right now. Just say to yourself: Uri Geller bent spoons. With his mind. Don’t worry about the debunking. Everybody debunks everything nowadays. Many have lost their faith. But this is a time of paradigm-shifting. And where there’s smoke there’s fire. Maybe your paradigm will shift because of a cartoon. Who knew? Life is grand.