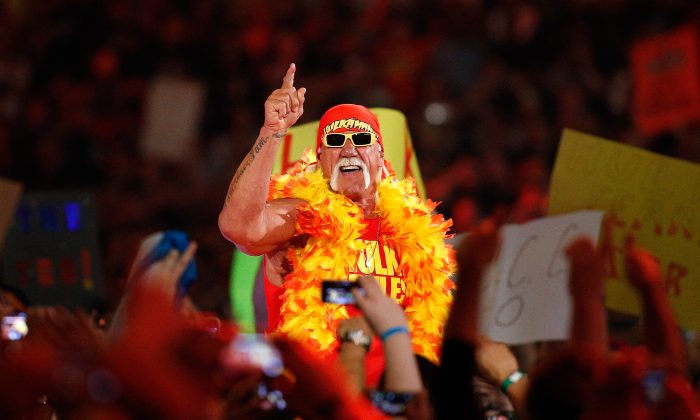 2K Games is going to launch a special WWE 2K15 Hulkamania Edition, and there will be a Hulk Hogan art card featuring a 1980s Hogan in it.

The legendary wrestler will also personally sign these cards, which will probably make them really personal and definitely valuable.

Hogan recently tweeted that he had finished putting his autograph on all 25,000 cards, and put up a picture of them in cardboard boxes.

Fans who hope to get them via the Hulkamania Edition will be disappointed though because the PS4 and Xbox One versions on Amazon, Best Buy, and GameStop do not appear to have them available at the moment.

In other news, the CM Punk and WWE disagreement over the wrestler appearing in WWE 2K15 after he quit the company hasn’t been resolved yet.

Punk’s attorneys had supposedly notified WWE that he hadn’t been receiving royalties for a bunch of WWE related things, one of which was WWE 2K15.

Both parties are in talks now, and a “range of outcomes could materialize from these talks, such as the removal of CM Punk from the game, or indeed his unlikely return to the company. Both matters are routinely speculated online, despite their contradiction with each other, and neither has been confirmed by WWE,” according to GameSpot.

Things may not be resolved amicable though, as Cageside Seats notes that the “bad blood between the two sides has only gotten worse and any idea of a reconciliation is probably years away.”