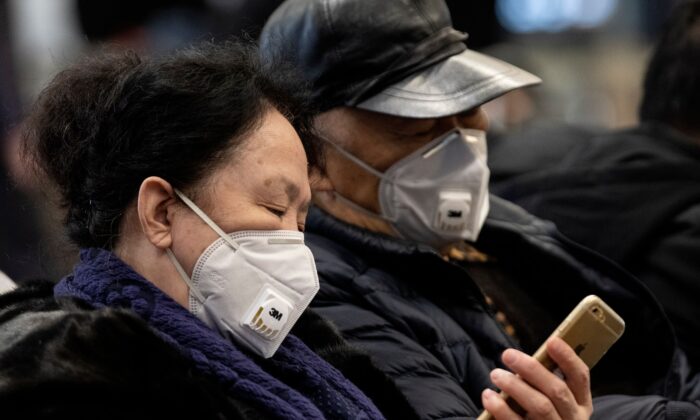 The mayor of Wuhan City, ground zero for the new coronavirus outbreak, sat down for a rare television interview in which he indirectly called out his higher-ups for mismanaging the crisis.

During a news program that aired on state broadcaster CCTV on Jan. 27 evening, Zhou Xianwang said that the central government made the decision to withhold information about the outbreak.

He admitted that the city government did not publish information in time, and failed to properly contain the virus.

“Disclosures about the outbreak were not timely… As the leader of a local government, I could only publish information after I receive permission from the authorities [central government],” Zhou said during the interview.

Wuhan health authorities only confirmed the outbreak on Dec. 31, 2019, though the first patient was infected on Dec. 12.

Since then, every region of China except Tibet has reported infections.

The deadly virus has since spread to several Asian countries, the United States, Canada, France, and Australia. Most patients have recently traveled to Wuhan.

On Jan. 22, Wuhan City announced it would initiate a transportation lockdown and quarantine the city in order to prevent the disease from spreading.

Zhou said during the Jan. 27 program that he believed it was the best solution. But he added that if Wuhan citizens are unhappy about the decision, he would be willing to resign.

The mayor recently came under fire for saying that the city had enough medical supplies during a Jan. 26 press conference, contradicting what his boss, the Hubei governor Wang Xiaodong, said the same day: “We need protective suits and masks… This is the most urgent and difficult issue.”

Zhou also revealed that more than five million people have left Wuhan in January, leaving many Chinese worried that these people have the potential to spread the virus widely.

Wang Yanhu, an editor at the Chinese state-run media outlet Beijing News, published an article on Jan. 27, in which he criticized the Wuhan government for allowing so many residents to exit the city and put the rest of the population in danger.

Wang said that the majority of the five million people left Wuhan between Jan. 1 to Jan. 20.

From official data, less than one percent of them traveled outside the country. Most Wuhan residents flew to Hong Kong, where there are eight confirmed cases of the coronavirus, and Bangkok, Thailand. The Southeast Asian country has also confirmed eight cases.

At a Saturday emergency meeting with top Party officials, Chinese leader Xi Jinping said he was concerned about the “grave situation” and “accelerating spread” of the virus.

Ma Guoqiang, the Communist Party secretary and big boss of Wuhan, said at a Jan. 27 press conference that he was glad Xi paid such attention to the situation.

China commentators believe that Zhou’s TV interview and Ma’s words indirectly meant that they wanted to push the responsibility of containing the virus to Xi.

“It’s a clear message from Zhou and Ma that they won’t want to take the responsibility, because they’re afraid they’ll have to pay with their lives for making the wrong decisions,” said Tang Jingyuan, a U.S.-based China affairs commentator in a Jan. 27 interview with The Epoch Times.

Tang also believed that the Beijing News article criticizing Wuhan authorities “is a sign that the central government may punish some officials in Wuhan,” he said.