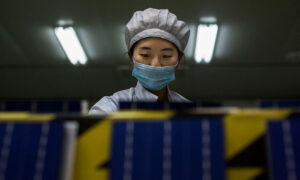 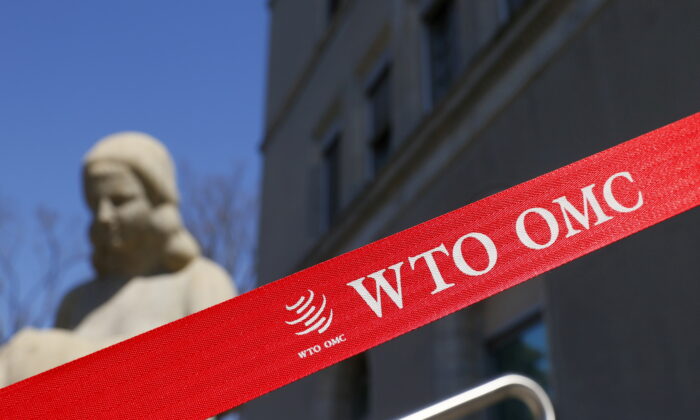 A logo is pictured outside the World Trade Organization (WTO) building in Geneva, Switzerland, on April 1, 2021. (Denis Balibouse/Reuters)
US-China Relations

WTO Backs US in Solar Cell Case Brought by China

BRUSSELS—The United States secured a victory at the World Trade Organization (WTO) on Thursday in a case brought by China over U.S. measures to limit the import of solar panel cells.

A three-person WTO panel rejected all four of China’s claims and said that the measures did not breach global trade rules.

The United States imposed a system of tariffs and a quota in 2018 after U.S. producers complained that imports of certain crystalline silicon photovoltaic cells had increased to such an extent that U.S. domestic industry risked serious harm.

The “safeguard” measures are due to be in place for four years, with annual reductions in the duty rates from an initial 30 percent. The duties have applied to solar modules and, beyond a set quota, to solar cells.

The Chinese regime contested the measures on a series of points, such as that Washington had not established a causal link between the increased imports and harm to industry.

The safeguards were put in place by then-President Donald Trump at the same time as similar three-year measures for washing machines. Trump extended them by two years at the start of 2021, just before leaving office.