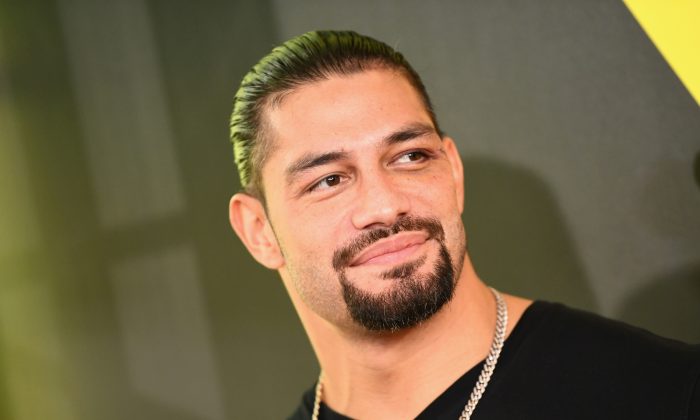 Wrestler Roman Reigns Confirms His Cancer Is in Remission

Four months after professional wrestler Roman Reigns said he was going on hiatus from the sport to battle leukemia, the WWE star announced the disease is in remission—and he’s coming back to the ring.

Reigns—whose real name is Leati Joseph Anoa’i—made an appearance on the  World Wrestling Entertainment program on Monday, Feb. 25, to tell an arena full of fans he’s regained the upper hand in his battle with cancer.

“The good news is, I’m in remission, y’all,” Reigns said, as the crowd exploded in a long bout of applause.

“So with that being said,” the wrestling star said when the cheers finally subsided, “the Big Dog is back!”

Reigns said he wants to compete in WWE, but is now focused on using the WWE platform to “raise awareness” about cancer “and support those who are in need just like I was.”

He did not specify a date for his next fight, and when fans chanted “WrestleMania!” he promised he would “get to that later.”

Reigns, 33, has been living with leukemia since he was 22.

He revealed in a speech in October that he was stepping away from the ring to focus his energies on fighting the disease.

“When I was 22 years old, I was diagnosed with this,” Reigns said at the time. “And very quickly I was able to put it in remission. But I’m not going to lie, that was the hardest time in my life.”

The former professional football player signed with WWE in 2010, becoming one of the promotion’s most prominent wrestling personalities. Reigns went on to win several titles, including the WWE World Heavyweight Championship three times and the Universal Championship once.

“I want to make one thing clear—by no means is this a retirement speech,” Reigns said in October. “I will beat this and I will be back, so you will see me very very soon.”

Reigns then vacated the WWE Universal title and laid his belt down in the ring.

The WWE star’s October announcement drew a flurry of wishes for a speedy recovery from some of wrestling’s biggest names. Now that Reigns is back, they welcomed his return.

“Real superheroes exist,” wrote John Cena in a tweet, adding, “Back and with strength and purpose! It’s your yard Roman. Your time is most certainly NOW!”

Real superheroes exist. Back and with strength and purpose! It’s your yard Roman. Your time is most certainly NOW! https://t.co/jEBDtQm39W

Cena earlier praised Reigns for making the difficult decision to take his struggle with cancer public, saying “You have given us your everything including a courageously vulnerable moment. We, your WWE family, give you all of our love and support.”

‘Courage – strength in the face of pain or grief.’ You have given us your everything including a courageously vulnerable moment. We, your WWE family, give you all of our love and support. #ThankYouRoman #NeverGiveUp

“I’m not going to lie—before my announcement in October I was terrified. I was scared. I was insecure. And I didn’t really know if I wanted to share that secret with the world,” he told the crowd in Atlanta on Monday.

Reigns, who is of Samoan heritage, boast an impressive wrestling pedigree.

He is cousins with Dwayne “The Rock” Johnson, he’s the brother of the late WWE wrestler Rosey, and is the son of Sika—WWE Hall of Famer and one half of the tag-team The Wild Samoans—now aged 73 and retired.