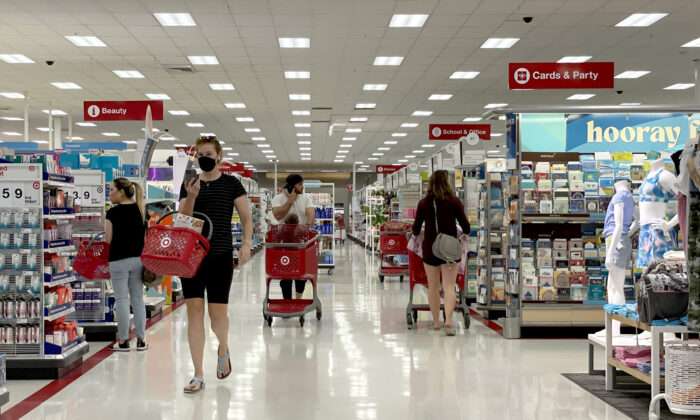 Worries About a Fed-Triggered Recession

Bloomberg News is concerned that rate hikes by the Federal Reserve to “fight inflation” may put the 2024 reelection of President Joe Biden and Vice President Kamala Harris at risk by pushing the U.S. economy into a recession.

Here is an excerpt from a Bloomberg article on June 15 that identifies the political danger for the White House: “A downturn by the start of 2024, barely even on the radar just a few months ago, is now close to a three-in-four probability, according to the latest estimates by Bloomberg Economics.”

The rest of the article is written from the Democrat point of view—from discussing Democrat priorities to hand-wringing about esoteric efforts to “reduce inflation” while ignoring root causes.

Let us dissect that article in detail.

First, there is no word in that article that explains precisely why a recession was “barely on the radar” just a few months ago but is now a virtual uncertainty. There is hand-wringing about Americans “watching their grocery and utility bills soar,” but only passing reference was made to the likely root causes, which was contained in a single sentence buried midway through the article that stated that inflation was “sparked by the pandemic supply-chain crunch and massive fiscal stimulus, and given new impetus by the energy shock that followed Russia’s invasion of Ukraine.”

Through its careful wording and sequencing, this phrase obfuscates the root causes of the current inflation, all directly resulting from the Biden administration’s policies.

A basic definition of inflation would have been helpful to highlight those causes, as defined by the economist Milton Friedman: “Too many dollars chasing too few goods.”

In essence, a principal source of “too many dollars”—and one of the key root causes and the initiating trigger of the current U.S. inflationary cycle—is the Democrats’ so-called “American Rescue Plan,” which added nearly $2 trillion in new money to an already fiscally-stimulated and overheated economy in early 2021.

Inflation started to rise in mid-2021 after that spending bill was passed and has accelerated in 2022 to achieve a 40-year high of 8.6 percent in May as the impact of that federal spending splurge has been felt throughout the economy.

The result was entirely predictable, as reported by OILPRICE.com: “The United States exported more crude oil and petroleum products than it imported in September 2019—the first month in which America was a net petroleum exporter since monthly records began in 1973.”

Energy costs equate to more than just gasoline prices at the pump. The cost of energy impacts manufacturing, production, transportation, heating, air-conditioning, refrigeration, and many other key elements of a national economy. Low energy costs are the key to a robust and growing economy. Rising energy costs have a delayed ripple effect that takes time to manifest due to supply and demand fluctuations, which is why the inflation rate in the United States has been rising over time.

Put inflationary federal spending together with purposely curtailed energy supplies, and throw in other contributing factors of lesser importance such as mismanaged supply chain disruptions, and the result is 8.6 percent inflation.

A correct rewording of that Bloomberg article phrase would be as follows: “The current inflationary spiral was sparked by massive federal stimulus spending that was accelerated by Biden executive orders that throttled oil and gas production, raising the price of gasoline and energy costs to unprecedented heights. Other Biden policies, including mismanagement of U.S. transportation infrastructure and continuation of economic lockdowns largely in Blue states, merely exacerbate the problem.”

The Bloomberg article dances around the issue. The writers get close to the subject while conveying their perplexity about rising inflation by stating that ”US consumers are still flush with cash and jobless rates are near historic lows.”

As if those two items have anything directly to do with rising inflation other than to reflect the stimulus money disbursed by the federal government. Also, that claim about consumers being flush with cash doesn’t square with a recent national survey reported by Provident Bank that determined that 83 percent of consumers are cutting back on their spending.

The writers then discuss White House concerns that they “risk losing what ability they have to get legislation passed, including measures to lift the economy if it slumps.” This translates into the ability of Democrats to pass more spending bills, which is precisely the wrong fiscal policy in an inflationary economy.

Virtually every Democrat policy solution is to throw more money at the problem regardless of the long-term effect on inflation and debt service. A perfect example of that is one of the “key issues” cited in the article: student loan debt. Forgiving student loan debt is entirely political and entirely controversial. It involves the federal government paying off that debt courtesy of the taxpayers, which adds to the national debt and infuriates those Americans who paid off their own college debts over the years.

Another issue cited in the article is ending Trump-era China tariffs. Some observers believe that lowering tariffs would not have much long-term effect on inflation. One expert cited by the New York Post stated that “It’s not going to help with the highest inflation areas like gas and food and there is no guarantee the Chinese are going to lower prices on goods they produce and export to us just because we have lowered the tariffs on these products.”

Next, the article stated that “Inflation unexpectedly spiked higher” in recent weeks. Unexpectedly? Except for the insular collection of Keynesian economists who support Team Biden’s spending programs, the Green New Deal Democrats in Congress who favor shutting down the oil and gas industry, other economists, and even Jerome Powell, the chairman of the Federal Reserve, have been concerned about inflation since at least June 2021 when the CPI spiked to 5.4 percent, as began to be noticed by The Washington Examiner here. At that time, Powell remarked that “inflation could be more aggressive and last longer than the central bank had expected.” Well, yes.

Enter the Fed’s delayed direct action to fight inflation by raising interest rates in June 2022. On June 15, as noted here, the Federal Reserve raised its main interest rate by three-quarters of a percentage point—the biggest increase since 1994—as a targeted step to fight inflation by slowing down the economy, with another increase of 175 basis points projected before the end of the year. This concerns the White House because a precipitate rise in interest rates could push the economy into a recession.

Some economists like Stephen Moore believe the United States is already on the precipice of a recession at the very least. He points out here that “the Federal Reserve Bank of Atlanta just estimated that second quarter economic growth through the middle of June is a big fat zero. This is on top of the 1.5% decline in the economy in the first quarter.” A recession is defined as two consecutive quarters of declining GDP.

Perhaps an even more important point made by Moore is that “inflation has cost the average person roughly $3,000 a year in lost real income.” This is what ordinary people are experiencing directly in the Biden economy, which spells disaster in the upcoming midterm elections and 2024.

As pollster Rasmussen reported last week, 57 percent of Americans give Biden a poor rating on his handling of the economy. At the same time, congressional Republicans have surged to an unprecedented 8 percentage point lead over Democrats in generic races.

And yet the Bloomberg article has the Biden White House tinkering around the edges of inflation by talking about taxing oil producers and cutting China tariffs while worrying about whether the Fed’s interest rate hikes—one of the few real policies that will actually help reduce inflation—will push the country into a recession. Nary a word about cutting federal spending or returning to the oil and gas policies of the Trump administration, which would attack the real root causes of spiraling inflation.