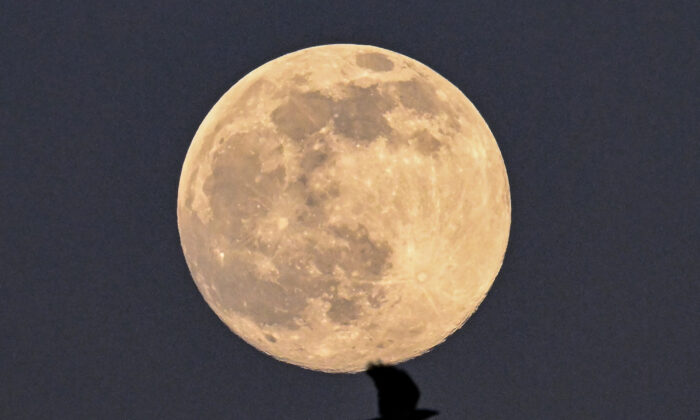 A bird is silhouetted against full moon also known as Worm Moon in Moscow on March 17, 2022. (AFP via Getty Images)
Science

The Worm Moon, the last full moon of winter, peaked over the United States early Friday, as the Northern Hemisphere prepared to usher in spring.

According to The Old Farmer’s Almanac, the Worm Moon was once believed to refer “to the earthworms that appear as the soil warms in spring.”

Now, the almanac says it likely refers to beetle larvae “which begin to emerge from the thawing bark of trees and other winter hideouts.”