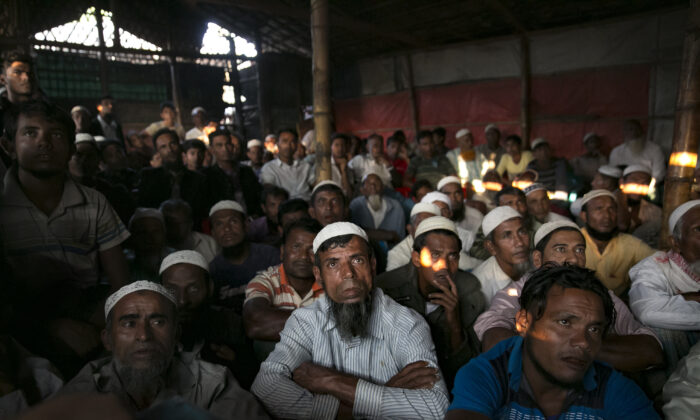 The International Court of Justice (ICJ) on July 22 rejected all of Burma’s preliminary objections to a case alleging that the military-ruled nation committed genocide against the Rohingya ethnic minority.

The Gambia filed the case in November 2019, alleging that Burma, also known as Myanmar, committed genocidal acts against the minority to “destroy the Rohingya group in whole or in part.”

The Burmese government raised four preliminary objections to challenge the court’s jurisdiction and the admissibility of the application, stating that The Gambia had no standing to bring the case to the ICJ.

The court unanimously rejected three of Burma’s objections (pdf) and one objection by a 15–1 majority. ICJ President Joan Donoghue said the court has jurisdiction over the case and that The Gambia’s application was “admissible.”

“The court concludes that The Gambia, as a state party to the Genocide Convention, has the standing to invoke the responsibility of Myanmar for the alleged breaches of its obligations under Articles I, III, IV, and V of the Convention,” the court stated.

The ICJ stated that all states that signed the 1948 Genocide Convention “have a common interest to ensure the prevention, suppression, and punishment of genocide.”

The court, rejecting Burma’s preliminary objections, could allow the case to proceed with the merits hearing.

Tun Khin, president of the Burmese Rohingya Organisation UK, welcomed the court’s decision and said it provided the opportunity to challenge the Burmese military’s impunity.

“The objections raised by Burma were nothing but a blatant delaying tactic, and we are pleased that this landmark genocide trial can now finally begin in earnest,” Khin said in a statement, calling on the UK government to join the case.

Elaine Pearson, acting Asia director at Human Rights Watch, said in a statement that the court’s decision “opens the door toward an overdue reckoning with the Myanmar military’s murderous campaign against the Rohingya population.”

U.S. Secretary of State Antony Blinken declared in March that the Burmese military had committed genocide against the Rohingya in a “widespread and systematic” manner, saying there was clear evidence of intent to destroy the minority group in whole or in part.

In response, Burma’s military junta rejected Blinken’s declaration and claimed that it was “politically motivated,” accusing the United States of interfering with the internal affairs of a sovereign state.

The Rohingya have been denied citizenship in the country since a Burmese citizenship law was enacted in 1982. The United Nations stated that more than 700,000 Rohingya fled to Bangladesh because of a military clampdown in 2017.

The same military junta ousted an elected civilian government led by Aung San Suu Kyi in February 2021, sparking widespread anti-coup protests in Burma, which resulted in the deaths of 1,600 people, according to the U.N.