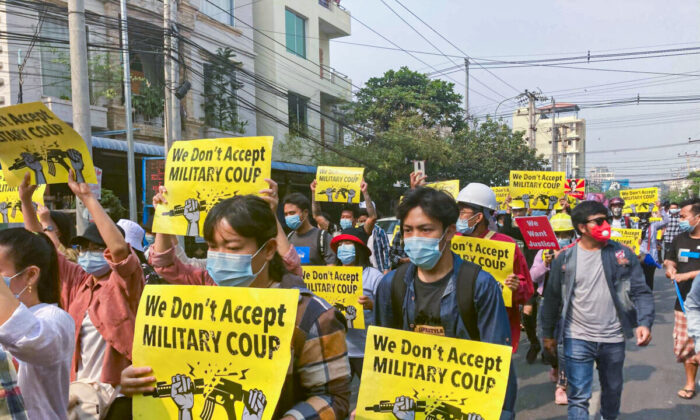 The United Nations on Tuesday urged the international community to take “immediate measures” to stop the Burmese military junta’s systematic human rights violations, which it said amount to war crimes and crimes against humanity.

The military junta has shown “a flagrant disregard for human life” by launching airstrikes on populated areas and deliberately targeting civilians, U.N. High Commissioner for Human Rights Michelle Bachelet said in a report.

Bachelet stated that many civilians have been shot in the head, burned to death, arbitrarily arrested, tortured, or used as human shields in Burma, also known as Myanmar, calling on the international community to take “meaningful action.”

“The appalling breadth and scale of violations of international law suffered by the people of Myanmar demand a firm, unified, and resolute international response,” she remarked.

At least 1,600 people had been killed by security forces and their affiliates, while more than 12,500 people had been detained since the military seized power in a coup on Feb. 1, 2021, according to the report.

About 440,000 more people have been displaced, and 14 million are in need of urgent humanitarian assistance, the delivery of which has largely been blocked by the military in new and pre-existing areas of need, it stated.

The report cited cases of mass killings in the Sagaing region, where 40 villagers had been killed by the military junta in a series of raids, with some victims having been found with their hands and feet still tied behind their backs.

Villagers in Kayah state claimed to have discovered the remains of charred victims, including children, in positions indicating they had attempted to escape and were burned alive, it added.

The U.N. stated that its report was based on interviews with over 155 victims of abuse, witnesses, and advocates, whose accounts were corroborated with satellite images, verified multimedia files, and open-source information.

“Throughout the tumult and violence of the past year, the will of the people has clearly not been broken. They remain committed to seeing a return to democracy and to institutions that reflect their will and aspirations,” Bachelet said.

Several Western countries have hit the Burmese military and its businesses with sanctions due to its suppression of anti-coup protesters and the prosecution of deposed Nobel laureate Aung San Suu Kyi, who led the elected civilian government in Burma.

The Southeast Asian Nations (ASEAN) has also barred the military regime from attending any meetings unless it agrees to a five-point consensus, which includes ending violence, facilitating constructive dialogue with all parties concerned, and a visit by an ASEAN delegation to Burma to assess the situation.