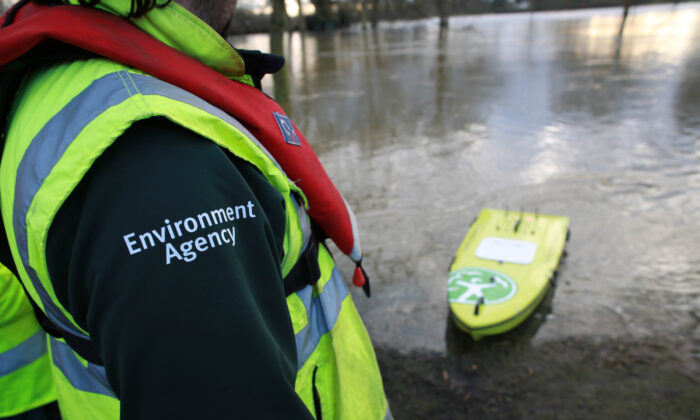 A former civil servant with the Environment Agency has told an employment tribunal he was fired because he refused to follow its “feminist agenda.”

Kevin Legge, 50, had worked for the agency for 16 years but said he refused to get on board with what he perceived as being a deliberate policy of promoting women ahead of men.

At a preliminary hearing Legge said he argued with his line manager, Joanna Larmour—the head of the agency’s national enforcement service—in 2019.

In its interim ruling (pdf), the tribunal said Legge’s “prevailing theme” was that senior managers at the Environment Agency were “pursuing a feminist agenda, seeking to appoint or promote women rather than men to management positions.”

Legge, who worked at the Peterborough office, claimed his refusal to adhere to the tenets of feminism led directly to him being dismissed.

He is claiming unfair dismissal and sex discrimination.

The Environment Agency was set up in 1996 and is responsible for a number of areas, including flood management, pollution control, and drought management.

He Refused to ‘Positively Discriminate’

Legge told the tribunal he told Larmour he refused to “positively discriminate” and had rejected a female candidate for a job because she was not good enough.

He then challenged her when she blocked him from appointing a man as a senior adviser “when he was the best candidate.”

Legge said the wording and scoring in the agency’s interviewing process “was biased in favour of women over men in an attempt to positively discriminate in respect of women candidates.”

He filed a grievance against his employers in 2020 but was dismissed for dishonesty the following year.

The agency denied discriminating against Legge and told the tribunal he was fired after they discovered he had a second job as a counsellor.

The agency claimed Legge had been working as a counsellor during office hours, which had an “adverse effect on his duties.”

Lawyers for the agency asked the tribunal to dismiss his claim but a judge in Norwich refused and ordered a full tribunal which will take place in October.

Positive discrimination is not legal in the UK but many government departments and agencies do seek to create gender balance by encouraging applications from women.

In 2019 Matthew Furlong took Cheshire Police to an employment tribunal, claiming he had been rejected for a job as an officer because he was a white, heterosexual male.

Cheshire Police said they had applied a positive action measure, in line with the Equality Act 2010, in an attempt to increase diversification in their workforce.

Furlong was later accepted into the force.