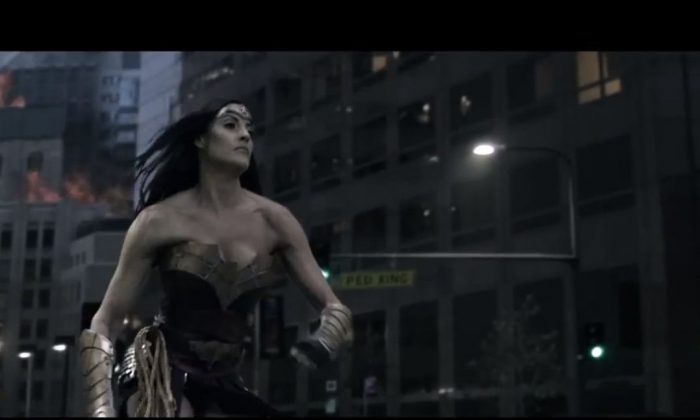 A screenshot shows part of the 'Wonder Woman' short film that appeared on YouTube. Note that the actress in the film is not Gina Carano.
Entertainment

The film, which was published on YouTube and went viral, is a live-action short from Rainfall Films.

“We spent the majority of 2013 working on this — the look, the feel, the aspects we most wanted to portray. It’s a scant two and half minutes, but in the end, it’s one hundred and fifty seconds of pure fantasy, where I get to consider the two sides of my favorite warrior: a crusader in man’s world, and a paragon of virtue told through Greek mythology,” the studio said.

It added to leave comments about “our live action interpretation of Diana of Themyscira, Wonder Woman, born of clay, I think (quite a few of) you will agree she is a character just as vital and crucial to our understanding of humanity as any other superhero… if not more so.”