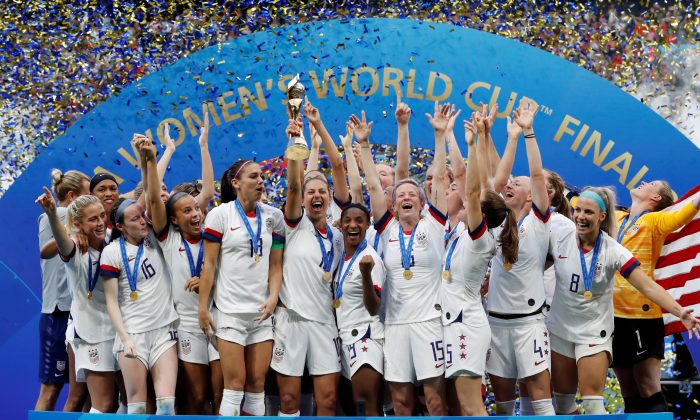 Sunday’s match in Lyon, France, in which the United States beat the Netherlands 2-0, was seen by 14.3 million Americans on Fox and its cable sport channels, the broadcaster said.

The record for the most-watched soccer match in U.S. history is held by the 2015 Women’s World Cup final between the United States and Japan, which was played in Canada. That match drew a television audience of 25.4 million Americans, according to Nielsen data.

Sunday’s television viewing figures do not include audiences in bars and those who watched on large outdoor screens across the United States.

The television audience reflected surging popularity for soccer in the United States, where interest in the sport has lagged behind American football, baseball and basketball.

In Britain, almost 12 million people tuned in to watch England’s 2-1 defeat by the United States last week, making it the most watched television program of the year so far in Britain.