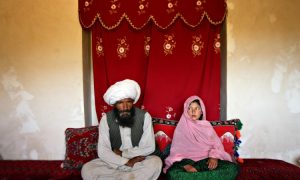 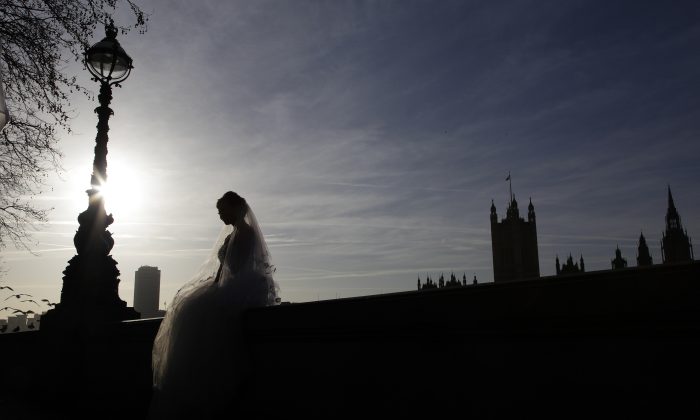 A bride sits on a wall opposite the Houses of Parliament during a wedding photo shoot in central London on Jan. 6, 2012. (Reuters/Stefan Wermuth)
UK

LONDON—Britain is failing victims of forced marriage, campaigners said Jan. 2, after the government pledged to investigate reports that women were being charged to be rescued.

An investigation by Britain’s Times newspaper found adult victims were being made to pay for emergency repatriation, with those unable to cover the costs made to take out emergency loans.

A spokeswoman for Britain’s Foreign Office said the government had an “obligation to recover the money” as it came from public funds, while the foreign minister told BBC radio he would look into the issue.

But campaigners said the charges, which sometimes ran into hundreds of pounds, are indefensible.

“This charge is completely against the principles of helping the most vulnerable,” Aneeta Prem, founder of the Freedom charity that works against forced marriage, told the Thomson Reuters Foundation.

Britain banned forced marriage in 2014, although there have only been two convictions since the law was passed. The government’s Forced Marriage Unit received reports of nearly 2,000 possible cases last year, many involving girls from South Asian backgrounds, but campaigners say the figure is just the tip of the iceberg.

The Times investigation found that many of the 82 victims repatriated by the government between 2016 to 2017 were asked to pay for their own flights, food, and shelter. In 2018, it said, four young women who were imprisoned at a religious school in Somalia had to pay $935 each to return home.

The women, who had been threatened with forced marriage in Somalia, told the newspaper the charges had left them destitute. Two were living in refuges and two had become addicted to drugs since returning to Britain.

The Times said the government had given loans totaling $9,900 to at least eight victims in the past two years. The women’s passports are confiscated until they repay the full amount and if they don’t clear the loan within six months, a 10 percent surcharge is added, the newspaper said.