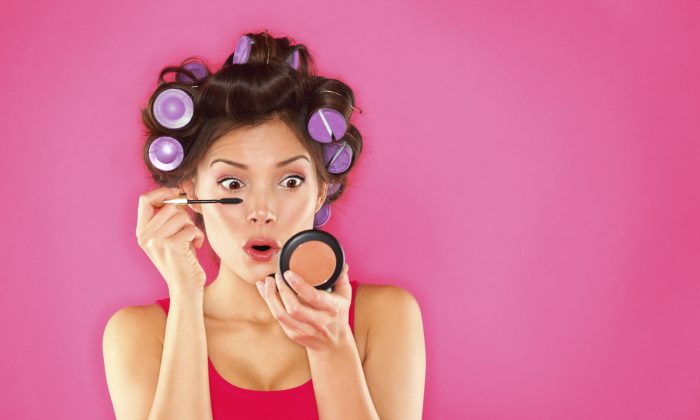 A stock photo of a woman applying mascara (photos.com)
Trending

An Australian woman wore heavy eye makeup and mascara for 25 years, saying that she would skip removing her makeup everyday.

According to The Sun, she was almost left blind after falling asleep with it on. The mascara and makeup caused solid black lumps to become embedded in her eye.

Lynch, 51, said she had heavy, painful eyelids while her eyes were irritated and teary. The woman used gels and eye drops to try and alleviate the symptoms but to no avail, the report noted.

Doctors, however, said she had calcified bumps, known as concretions, under her eyelids and eye drops wouldn’t help.

“They were embedded so deep that particles were building up on top of each other,” she told Caters News Agency. “I was so uncomfortable. My eyelids were swollen and heavy because I left it for so long.”

As a result, she had to undergo a 90-minute-long surgical procedure to remove the lumps.

The Sun posted a photo of the woman’s eyelid (Warning: Graphic photo):

“It was certainly disabling. She has suffered permanent scarring on her eyelid and the surface of her cornea,” Dr. Dana Robaei told Caters. “This was an amazing case, I’d never seen anything like it. But this is a risk not many people are aware of.”

Robaei said that “not many women are treating the removal of their mascara seriously. You must be meticulous.”

This is why it’s important to wash off your make-up https://t.co/w7YyHyPFeY pic.twitter.com/zwTlbCsio6

“This was an amazing case. I’d never seen anything like it. But this is a risk not many people are aware of,” the doctor added.

Reports have noted that sleeping with makeup on can cause clogged pores and zits.

“You don’t want to leave things on longer than you have to,” dermatologist Dr. David Orentreich told Cosmopolitan magazine.

Lynch said that she is now taking her makeup off before going to bed.

“I had fallen into a bad habit,” Lynch added. “I should never have let it get this far.”

New York City board-certified dermatologist Melissa Levin told Elle about washing off mascara. “Repetitive, harsh rubbing, whether its your hand, a cotton pad, or a Clarisonic, can not only break your skin barrier but also form small little blood vessels and increase irritation,” Levin added.

She added, “I always say leave your cotton pad with remover in place for 30 seconds, let it gently break up the product, and gently wipe it off. Then, for whatever residue is left, gently line the eye with a soft cotton Q-tip and follow with facial cleanser.”