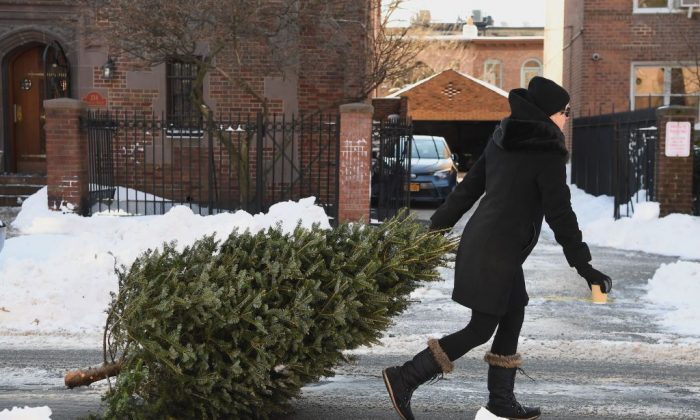 Woman Returns ‘Dead’ Christmas Tree to Costco for a Refund, in January

A California woman was spotted returning a Christmas tree this January—and she is getting shamed by outraged social media users.

The unidentified woman wanted her money back for her tree because she claimed it was now “dead,” according to NBC affiliate, WFLA.

One man who witnessed the bizarre incident at the Costco store located in Santa Clarita, took to Facebook to post details of the shameless scene.

“I can’t make this stuff up,” he wrote. “Woman in line at Costco, totally nonchalant, to return her Christmas tree ‘because it is dead’ on January 4th,” according to WFLA.

The man even took a photo of the woman and her large tree as she was seen waiting in line.

According to his Facebook post, the woman surprisingly did get her money back for a full refund. But he said the store employees and customers around her did shame the woman a little bit.

“If I didn’t see it, I wouldn’t believe that someone had so little moral values or lack of conscience,” the man wrote. “Heartbreaking to think she may have needed that money so much, she lost all self respect and dignity for it.”

The man said the Costco employees questioned and verified the purchase on her account. But he added that it did not appear to faze the woman at all.

Another user who saw the original Facebook post later re-posted it to Imgur where it gained over 117,580 views by the time of this publication.

I guess Costco will let you return anything and everything…

Keep in mind for Christmas this year not to ask for a refund after your tree “dies” or you could be facing some public shaming.