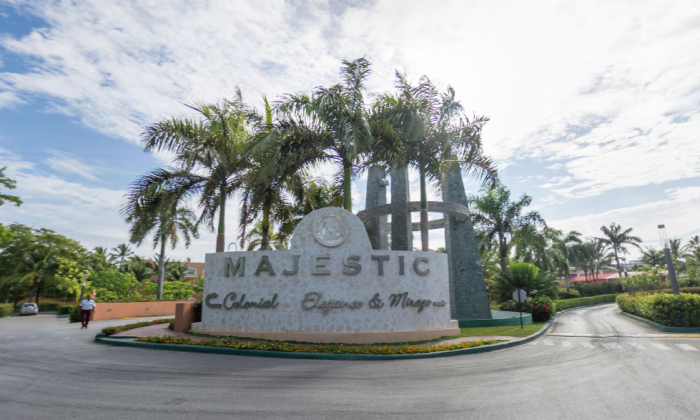 Woman Recounts How Her Dominican Republic Getaway Became a Nightmare

A mother from Delaware has claimed that she was brutally beaten and left for dead in an eight-hour attack while vacationing at the Dominican Republic in January.

Tammy Lawrence-Daley, 51, shared the confronting details about the alleged attack in a post on Facebook with the hope to warn others to keep their guard while walking alone in unfamiliar places. The post, which was published on May 29, has since become viral with more than 154,000 shares and over 142,000 reactions at the time of this publication.

“How do you explain to your kids you were almost killed by some random stranger and that ‘Mommy is coming home, but I don’t look like myself?’ How do you look into your parent’s eyes as they gaze upon your battered face telling them, ‘I’m okay, I’ll be okay.’ Seeing friends break down in tears as they look at you. Everyone asking, ‘why?’ ‘how?’” she began. “You tell them a story.”

Lawrence-Daley claimed the incident occurred during a holiday to Majestic Elegance in the Dominican Republic with her husband and best friends. She said after a night out with her friends she became hungry and called for room service but was unsuccessful. So she decided to head downstairs to her building lounge to get a snack.

“I ended up bypassing the lounge in our building and opted to go to the lounge in the next building, which was on the beach,” she wrote. “I thought I could get some pictures of the moon on the water, but I never made it to the beach.”

She said while she was going through the rotunda between the building she noticed that it was “eerily quiet.” She then heard footsteps and was suddenly grabbed from behind before she was attacked.

“His arms wrapped around me and he started pulling me immediately into an unlocked maintenance room,” Lawrence-Daley wrote, adding that she was not going to go into the “gory details of everything.”

“The next 8 hours brought me pain and fear. I was strangled multiple times to unconsciousness,” she said. “My lifeless body was [dragged] down concrete stairs to an underground wastewater area. I was kicked in the head, I was beaten with a club. And then strangled again for the kill.”

She said at one point the alleged attacker disposed of her body into an area, which she referred to as the “hole.”

“I was unconscious multiple times during this savage attack, so I have no idea what else was done to me during that time. Somehow I survived. Again, I won’t go into all of the hell that I went through being basically ‘buried’ in that hell hole for so many hours,” she said.

Lawrence-Daley said during that time her husband and her friends went out looking for her. She claimed that the front desk security only agreed to help to look for her after requesting help multiple times. The staff allegedly told the group that Lawrence-Daley was probably drunk and had passed out somewhere, reported People.

She said after searching she was found eight hours later after she desperately called for help when she heard voices on the floor above. She was then transported to a local medical clinic, where she spent the next five days receiving treatment for her injuries including a broken nose, a fractured hand, a “ripped” mouth, and other internal injuries. She also partially lost her hearing due to the attack, according to the news website.

“I am still dealing with several issues, including nerve damage, as well as, all of the medical expenses since being home,” she said in her post, which is accompanied by graphic photos of her in hospital.

Lawrence-Daley, who has now returned to work as a finance manager, told People she was also impacted psychologically and would have anxiety attacks when walking down corridors.

“I do have issues today reacting to men and them coming at me, even in a friendly manner… My head is on a swivel. I’m looking out the corner of my eye, I’m turning around,” the mother of two said.

“I can’t walk down corridors without having panic attacks,” she added.

Lawrence-Daley told the news website that she has reported the attack to police but was told that nothing would likely come out of it because there was a lack of evidence and there were different criminal procedures in the country.

She said if the case does proceed, she may also be required to return to the country to testify, something she does not want to do, according to the news website.

Moreover, she claimed that Majestic Elegance resort would not take responsibility for the attack “since I couldn’t identify the attacker (even though he was wearing a uniform WITH the resort logo and hit me directly in front of the unlocked maintenance room and dragged me down concrete stairs to a basement so that no one could hear or find me.),” according to her post.

“This man thought he killed me, but he failed. He is still out there, a predator, waiting for his next victim,” she said while she urged people to “be smart, be safe” in unfamiliar places.