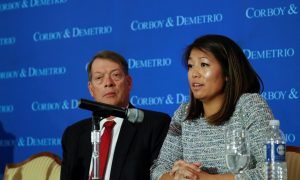 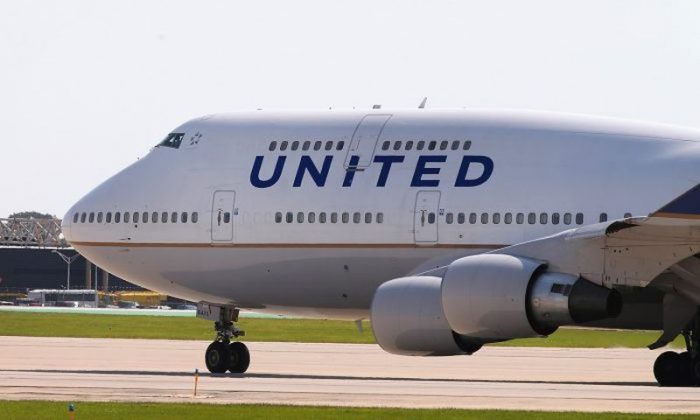 A woman was kicked off a United Airlines flight after criticizing her seatmates’ weight last week.

In a video, which was posted on social media, the woman could be seen sitting in the middle seat, telling a person on her phone that the people in the seats next to her are “so big,” referring to their weight.

“Oh my goodness, I don’t know how I’m going to do this the next four hours. This is just impossible because they’re squishing me,” she said in the clip.

"At least they'll keep me warm."

She added: “At least they’ll keep me warm.”

After hanging up her phone, she appears to ask a flight attendant to find her another seat and “get me out of here.”

Then, the woman next to her speaks.

“Excuse me, can you find her another seat?” the woman recording the video asks the flight attendant. “Because I will not be verbally abused by this [expletive] or anyone else.”

“I will not be verbally abused by anybody. I’m not tolerating it. I am not starting my new year off with this kind of negativity,” the woman recording the video then added.

The woman in the middle seat was taken to the back of the plane, saying to others, “I eat salad.” Other passengers criticized her for the comments.

She told them: “I’m not politically correct.”

The plane was heading from Las Vegas to Newark, New Jersey, reported the New York Post, which also identified the woman recording the video as Norma Rodgers.

“Why don’t you try and sit between those two big pigs?” she shot back.

According to the Post, Rodgers said airline workers eventually booted the woman off the flight.

“I would like to say thank you to the flight attendants, supervisor and gate agent that handled the situation professionally and calmly,” Rodgers wrote on Facebook. “Thank you for addressing the issue immediately and not letting it escalate any further.”

The video of the incident can be viewed below (Warning: Contains foul language):

An unrelated lawsuit has claimed United Airlines failed to take appropriate action when a 16-year-old girl called for help after she was sexually assaulted on a flight from Seattle to Newark, New Jersey, according to The Associated Press.

The Seattle Post-Intelligencer reported the lawsuit filed in Washington state last week claims flight staff only moved the teen a few rows ahead and allowed the man off the flight.

Prosecutors said the physician intentionally touched the teen near her groin without her consent as she was sitting next to him on the July 2017 flight.

“The conduct of United in this case is unconscionable from start to finish,” attorney Samuel Daheim, who is representing the victim, told the Seattle PI.

United said in a statement that the airline cooperated with the criminal investigation and let the victim change seats.

“The safety and well-being of our customers is our top priority. Our customer was immediately moved to a different seat when the flight attendant was made aware of the issue. We fully cooperated with law enforcement’s investigation and the perpetrator has been permanently banned from flying United,” the company told the newspaper.