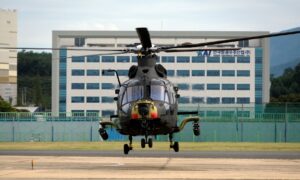 Woman Flying on Jetstar Asia Flight is Named After the Airline

A baby who was born on a Jetstar Asia flight was named after the airline and staffer who helped him.

The child, born last week, was named Little Saw Jet Star. The boy’s mother went into labor midway through a Singapore-to-Myanmar flight on April 22, and he was delivered by cabin crew and doctors who came onto the plane after it landed in Yangon, the New York Daily News reported.

The two were taken to the hospital in good health and have been discharged since the birth.

The boy is partially named after Saw Ler Htu, a flight attendant who helped the delivery.

Saw Jet Star is the first baby to be born on a Jetstar Asia plane.

“Both mother and son are in good health and have been discharged from the local hospital in Yangon,” the airline said in a Facebook post, reported NBC News.

The airline said it’s now donating about $750 worth of baby supplies to the family.

They singled out Saw Ler Htu and said he “exercised utmost care and concern for the passenger, calling for medical assistance on board the aircraft when required.”

“The baby boy weighed six pounds, seven ounces and is the first baby to be delivered on a Jetstar Asia flight,” it added, per the South China Morning Post.