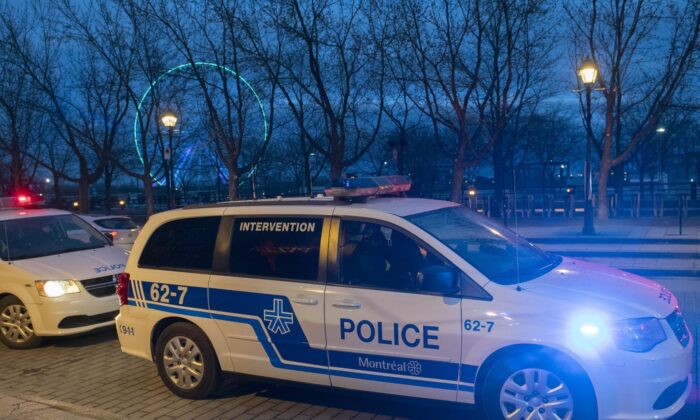 Police are shown in the Old Port in Montreal, Monday, April 12, 2021. (The Canadian Press/Graham Hughes)
Canada

Montreal police are investigating after a 34-year-old woman was fatally stabbed in the city’s east end Friday night.

Police say they received a call around 7 p.m. about a conflict between two people in an apartment.

The woman, whose identity has not been made public, was found with at least one injury in her upper body and was later pronounced dead at the hospital.

Police say a 32-year-old man, known to the police, was arrested near the scene and is set to face murder charges in court later today.

Police are still trying to determine if the victim and suspect knew each other.

The homicide is the fifth reported in Montreal since the beginning of the year.