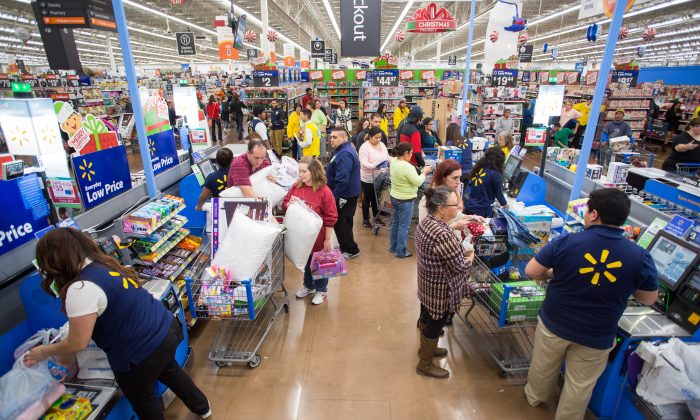 A customer at Walmart encountered a shell-shocked cashier and helped comfort him.

Paige Yore said in a now viral video about her experience that she was at the store waiting in line for about 20 minutes when she noticed a young cashier having a difficult time.

Yore was becoming irritated with how long it was taking but didn’t say anything. However, another female customer began yelling at the young man.

“You suck at customer service. I don’t know how you ever got hired here,” said the female customer

As Yore stepped in to help the woman bag her groceries, the woman’s card was declined. She began yelling at the boy.

My Friday experience….. This will hit home…. You never know who’s fighting what battle. Watch what you say…..

“Maybe you should just step aside and let us cash out. This young man is obviously having a bad day,” Yore told the woman.

The young cashier, hearing the words, came out from the bagging area and hugged Yore. He told her that his mother committed suicide that morning but he couldn’t miss work because he has bills to pay.

“This woman is yelling at me and I don’t even have a mom anymore,” said the young man.

Yore started crying before telling him to stay strong. “Life is so hard and it’s going to be OK,” she said, giving him all the money she had on him.

“That just showed me that no matter what, even if you’re customer service sucks, even if whatever happened, somebody is rude to you, don’t jump down their throat because they are fighting a battle that none of us knows about,” Yore concluded. “We have to be thankful to be alive and treat other people like you want to be treated.”