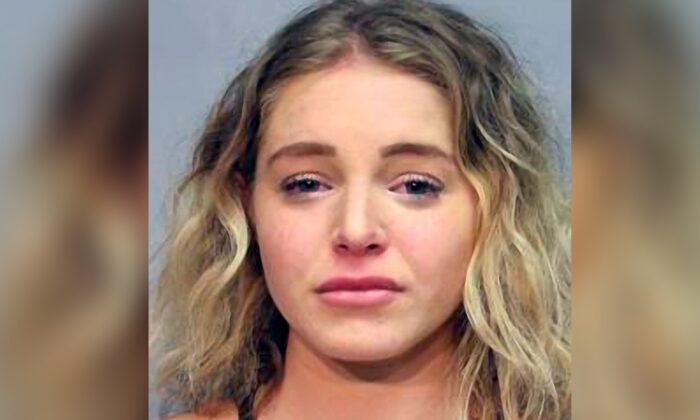 Woman Charged With Murdering Boyfriend Caught on Camera Beating Him

A woman was arrested in Hawaii on Aug. 10 and has since been charged with murder in connection to the fatal stabbing of her boyfriend, officials have confirmed.

Courtney Clenney, 26, from Austin, Texas, was arrested by Hawaii police at an undisclosed location in Laupahoehoe on Wednesday following the death of Christian Obumseli on April 3, 2022.

“She was arrested on the strength of an arrest warrant issued by Miami-Dade County, Florida, for the offense of murder in the second-degree with a deadly weapon,” Hawaii Police Department said.

The woman, who goes by the name Courtney Tailor on social media platform Instagram and adult website OnlyFans, was being held by the police pending her initial court appearance in Hilo District Court on Aug. 11 and is expected to be extradited to Florida.

In court on Thursday, Clenney waived her right to an extradition hearing and agreed to return to Florida. Judge Henry Nakamoto ordered her held without bail pending extradition.

The Miami-Dade state attorney Katherine Fernandez Rundle announced the charge against Clenney during a news conference on Thursday and said that Obumseli had been the victim of domestic violence.

‘The Sequence of Domestic Violence Events Can Be broken’

“Men are often unwilling to come forward as victims of domestic violence or intimate violence, as it is sometimes called. The sequence of domestic violence events can be broken, but a first step must be taken. If anyone is caught in a dangerous domestic violence situation, please know that there is a strong safety net of resources and shelters available,” the state attorney added.

The on-off couple has only recently reconciled days before his death, according to reports.

The county medical examiner said in an autopsy report that Obumseli died from a stab to the chest; specifically a forceful downward thrust from a blade that went 3 inches (7.6 centimeters) into his chest, and pierced a major artery.

According to an arrest report, Clenney acknowledged killing Obumseli but said she acted in self-defense, stating that her boyfriend had pushed her and thrown her to the floor, which prompted her to grab a knife and throw it at Obumseli from about 10 feet (3 meters) away.

However, the medical examiner said Obumseli’s wound could not have been caused by a knife thrown from that distance.

“At 4:57, defendant Clenney called 911 to tell the police that Christian was suffering from a stab wound and needed help,” said Fernandez Rundle on Thursday. “On that 911 call, Christian can be heard in the background repeatedly saying that he was dying, and he was losing feeling in his arm. Defendant Clenney is also heard saying, ‘I’m so sorry, baby.'”

During the same press conference, Rundle also played video footage taken on Feb. 21 footage that shows Clenney attacking Obumseli in an elevator at the condo where the couple had been living together.

Footage shows Clenney initially whacking the buttons on the elevator with her hands before then turning to Obumseli and hitting him multiple times while grabbing his head. Obumseli can be seen trying to shield himself with his arms and pushing Clenney in an attempt to fend her off. At one point, he appears to get her into a headlock before she is able to break free.

“The defendant was aggressively attacking Christian,” said Rundle of the video footage.

Clenney’s Miami defense lawyer, Frank Prieto, while acknowledging that the couple had a tumultuous relationship, said that Obumseli was the primary aggressor.

Prieto added that the medical examiner’s opinions won’t stand up to scientific scrutiny when they argue self-defense at trial.

“Obumseli was the abuser, the worst kind of abuser,” Prieto said in a statement. “He would manipulate and abuse Courtney in private when he thought nobody was around.”

Her defense lawyer also told The Epoch Times that she was in Hawaii while in rehabilitation for substance abuse and post-traumatic stress disorder at the time of her arrest.

UPDATE: This article has been updated to include comment from Clenney’s lawyer.