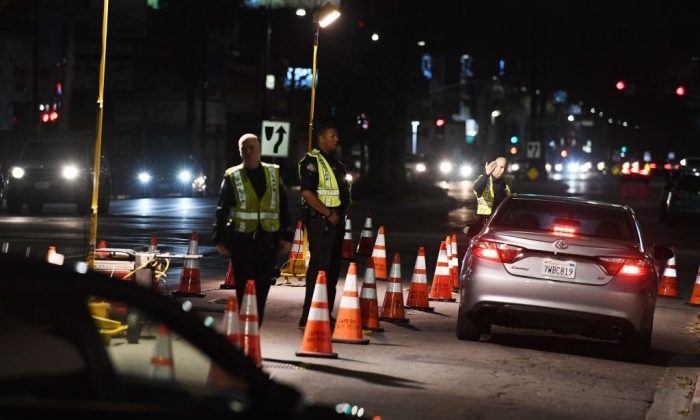 Woman Charged for Driving Drunk on Vanilla Extract in Connecticut

Officer Christopher Dewey was dispatched to an intersection where a driver was reported to have stopped, blocking the intersection on Jan. 23 in Connecticut.

Once there, Dewey looked inside the vehicle to find driver Stefanie Warner-Grise with her eyes shut.

After waking her up, the officer smelled her breath but it wasn’t beer or hard liquor he detected—it was more like vanilla. And that’s what Dewey found—several bottles of vanilla extract, empty inside her car, according to the police report.

The driver answered the officer with slurred speech, and the extract’s alcohol rendered her unable to answer simple questions.

The officer gave Warner-Grise several sobriety tests. After she failed them all, Warner-Grise was taken into custody. Later at police headquarters, Warner-Grise refused to blow into a breathalyzer. She was held on a $250 bond until her court date the next day.

New Canaan Police Department didn’t specify why the 50-year-old driver drank vanilla extract, nor if her intention was to inebriate her or if she was just trying it out.

This isn’t the first time someone has been found inebriated from drinking vanilla extract. Carolyn Kesel from upstate New York, who had also consumed vanilla extract, was reportedly driving erratically around the Macedon Walmart Parking lot on Jan. 5, according to the Wayne Times.

The front end of the car and the undercarriage were damaged when officers pulled the 46-year-old over. She said she couldn’t find her way out of the parking lot. Kesel, who already had a prior driving while intoxicated (DWI) offence, was charged for a felony DWI and a felony aggravated DWI.

According to the U.S. Food and Drug Administration, the content of ethyl alcohol is no less than 35 percent by volume in vanilla extract, which is very close to or the same percentage as vodka.

The Extract is Exempt

Unlike alcohol, vanilla extract and other flavor extracts are exempt by the government’s alcohol regulations.

According to bon appétit, “Vanilla extract falls mostly under the jurisdiction of the Food and Drug Administration as a food product.”

Bon appétit reports that the extract, in order to qualify as an extract and not an alcoholic beverage, must be judged as uninviting and not palatable by the Alcohol and Tobacco Tax & Trade Bureau.