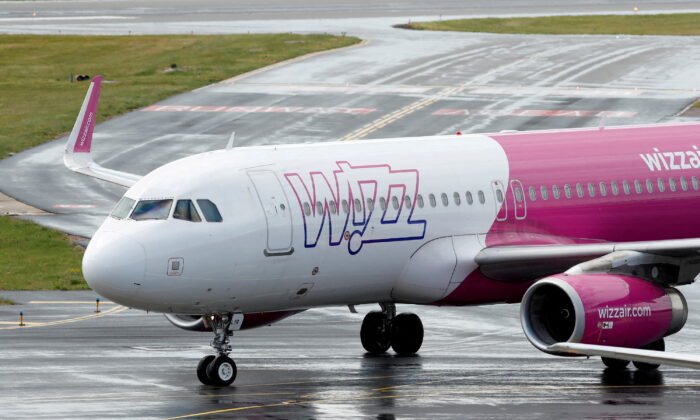 LONDON—Wizz Air said it was working to evacuate its Ukrainian-based crew, their families, and four aircraft on Thursday after Russia’s invasion forced it to suspend all operations in the country.

“Due to the current events in Ukraine and the airspace closure, Wizz Air regrets to inform our customers that the airline must temporarily suspend all flight operations in the country,” the airline said.

According to aviation analytics firm Cirium, Wizz Air had operated the second highest number of flights between Europe and Ukraine, behind Ryanair.

The company said it was working to evacuate all of its Ukrainian-based crew, and their immediate families. It also has four aircraft on the ground there, three in Kyiv and one in Lviv.

Ukraine closed its airspace to civilian flights on Thursday after Russia launched a land, sea, and air invasion of its neighbor, while Europe’s aviation regulator warned about hazards to flying in bordering regions.