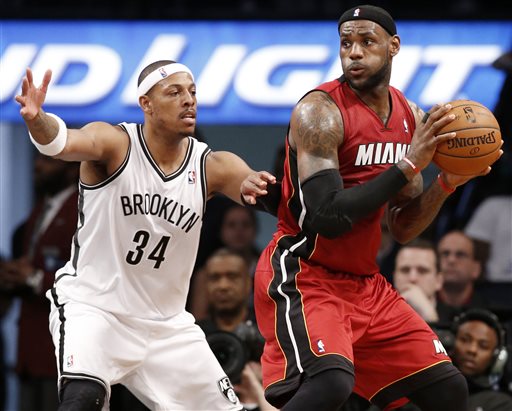 The Washington Wizards have picked up veteran Paul Pierce to fill the hole left by Trevor Ariza.

Ariza, who spent the last two years with the Wizards and played exceptionally well last year, agreed to a contract with the Houston Rockets on Saturday.

Pierce, who spent last season with the Brooklyn Nets, was signed to a two-year, $11 million deal, according to ESPN, Yahoo, and other media outlets.

The second year of the contract is a player option so that Pierce, 36, can hit the free agent market again next summer if he wants.

The flexibility is good for both sides because Washington reportedly wants to pursue Kevin Durant when he’s a free agent in 2016.

According to Tim Bontemps of the New York Post, the Nets passed on re-signing Pierce. “Would have cost them upwards of $20 million in luxury taxes,” he said.

David Aldridge of NBA.com said that Pierce’s first choice was the Nets or Los Angeles Clippers. “But as he looked at Wiz closer he said ‘they’re a pretty good team,’ per source.”

Ariza leaving was a shock to many Wizards fans, because team officials had emphasized that they wanted continuity after the Wizards reached the second round of the playoffs.

Washington kicked off free agency by re-signing center Marcin Gortat and point guard Andre Miller but had not acquired anyone outside the team before Pierce.